“We are honored to have two Nebraska legends join us in celebrating Nebraska’s 150th birthday aboard the Nebraska150 Express,” said Governor Ricketts.  “Coach Tom Osborne and retired NASA Astronaut Clayton Anderson exemplify what every Nebraskan aspires to be:  They are models of the hard work, perseverance, and honest ambition, which characterize the people of our great state.”

Union Pacific Railroad’s heritage equipment and streamliner and diesel locomotives will traverse the state over three days, departing from Omaha and stopping for rallies in Columbus, North Platte, Ogallala, Sidney, Gering, Kearney and Grand Island.  To ensure the trip remains on schedule and the tour reaches as many Nebraskans as possible, public train tours and tickets are not available.  A detailed schedule of events is available online at www.ne150.org/express.

Osborne, a Hastings native, served as head coach of the University of Nebraska Cornhusker football team from 1973-1997, winning national titles in 1994, 1995 and 1997.  He was inducted into the College Football Hall of Fame in 1999.  He returned to the Athletic Department in 2007 as Athletic Director before retiring in 2013.

Osborne was elected to the United State Congress for Nebraska’s Third District and served three terms in office from 2000-2006.  Osborne and his wife, Nancy, founded the TeamMates Mentoring Program in 1991, which now provides mentors for more than 7,000 youth across Nebraska, Iowa, and San Diego, Calif.

Anderson, an Ashland native and Nebraska’s only astronaut, worked for NASA as an engineer and astronaut for more than 30 years.  In 2007, he flew aboard the Space Shuttle Atlantis with the crew of STS-117 to the International Space Station where he spent five months as science officer for the expedition.  During his 152 days in space, Anderson performed three spacewalks totaling 18 hours, one minute.  He returned to the International Space Station in April 2010 aboard the Space Shuttle Discovery on a resupply mission.  Anderson retired from NASA in 2013.

First Lady Shore said, “We are thrilled to welcome Dr. Osborne and Astronaut Anderson aboard the Nebraska150 Express.  I want to thank Union Pacific for their generous support of this event and commitment to our state. Our histories are inextricably linked as we have, in many ways, grown up together.  I can’t think of a more fitting way to celebrate this historic occasion than with a fun train tour that harkens back to days gone by.  I also want to thank the communities of Columbus, North Platte, Ogallala, Sidney, Gering, Kearney, and Grand Island for being part of the tour and planning such an amazing array of events.  We invite all Nebraskans to come out and enjoy the fun, food and music!”

Union Pacific CEO Lance Fritz said, “Our connection to Nebraska dates back to President Abraham Lincoln founding Union Pacific 155 years ago, when the Cornhusker State was a bustling territory.  Our first track was laid in Omaha, not far from where the NE150 Express will be departing.  Thanks to the perseverance, ingenuity and support of communities and their citizens, both Union Pacific and Nebraska blossomed with towns developing along the transcontinental railroad route.  We look forward to touring the state and visiting these communities as part of the sesquicentennial celebration."

More information about the Nebraska150 Celebration is available at www.ne150.org. 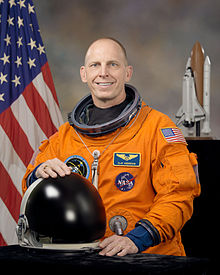 Locomotives 951, 949, and 963B, at least one of which will be part of the “Nebraska150 Express,” are the last of Union Pacific's high-speed diesel-electrics built for service on the famous streamliner and domeliner passenger trains.  The 2000 horsepower locomotives were built for Union Pacific by the Electro-Motive Division of General Motors and delivered in June 1955.  The units, part of 69 EMD model E-9 units on Union Pacific, pulled such famous trains as the City of Los Angeles, City of Portland, City of San Francisco, City of St. Louis, and the Challenger.

Considered to be among the most graceful looking locomotives in American railroading, the sleek units evolved from the first Union Pacific streamlined locomotives back in 1934.  The "E" series was started by EMD in the late 1930s.  Delivery of the E-8s (virtually identical in appearance to the E-9s) in the 1950s completed dieselization of the Union Pacific's passenger service.  E-9 production began in 1954 and the last E-9 unit ever built by EMD was delivered to Union Pacific in 1964.

ABOUT THE NEBRASKA150 CELEBRATION

Planning for the Nebraska150 Celebration began in 2012 when a group of active citizens from across the state formed the Friends of the Nebraska150 Foundation.  In 2014, the Nebraska Sesquicentennial Commission was established by the Legislature and 17 members from across the state were appointed by the Governor to lead the initiative.  In 2015, the Celebrating Nebraska Statehood Foundation was established to help coordinate efforts and direct everyone toward collective success.