BAYARD – Today, Governor Pete Ricketts is visiting communities across Nebraska to survey storm damage and speak with local leaders following a sustained severe weather pattern that impacted communities from border to border in Nebraska.  The visits are taking place today, June 17, beginning in Bayard and ending in Plattsmouth.

An unsettled weather pattern has impacted most of Nebraska since June 12th and the Nebraska Emergency Management Agency has been assessing damage reports from local emergency managers.  A State Disaster Declaration for the continuing severe weather events that began on June 12th has been submitted.

Earlier today, the Governor visited Bayard and will be in Plattsmouth at approximately 7:00pm.  Local media are invited.

Nebraska agencies, including NEMA, the Nebraska State Patrol, the Nebraska Department of Roads, and the Nebraska National Guard, as well as the American Red Cross and others have supported relief efforts and are monitoring the situation in a number of communities throughout the state.  Additional information will continue to be released as it becomes available.

At this time, officials ask people to avoid affected areas as emergency responders and local utilities continue to work in response to the latest round to storms, mostly affecting eastern Nebraska Friday afternoon and evening.

The following updated information was received today from local emergency management in the affected counties:

Douglas County Emergency Management Agency Paul Johnson reported that Douglas County had no significant damage although there was a lot of tree damage, with branches and green debris in the streets.  His biggest concern for the Omaha Metro will be getting power restored because of high temperatures and humidity.  As of 4:35pm, OPPD reported it had 7,600 customers without power.  In addition, power was out at the Papio Wastewater Treatment Facility

Norris Public Power reported 2,000 people without power in Gage and Lancaster Counties as of 6:00am, and by 1:30pm the number was reduced to fewer than 1,200 customers without power.  A severe storm moved through Gage County from Clatonia to Beatrice to Wymore according to Tim Stutzman, Gage County emergency manager.

“Affected areas experienced high winds, heavy rains, some hail and possibly tornadic activity that yet to be confirmed,”  he said.  “There are some damaged houses and vehicles due to fallen limb or trees.  There are a few houses with shingle damage from winds.  Power is mostly restored to Beatrice except for a few isolated streets at this time.  In Clatonia, a mobile home had roof damage and the inhabitants are with the family.  All of Clatonia was without power due to a down power pole west of town on Highway 41.  Wymore has tree damage and Big Indian reservoir there were some RV trailers toppled and some with tree damage.

Emergency Management Director Bill Pook reported most power was restored in Arlington.  There were people 76 without power.  The streets have been cleared.  In Dodge County, 900 customers were still without power affecting the towns of Nickerson, Winslow, and Hooper.  Lack of power may affect a lift station/lagoon in Nickerson.  A back-up generator was not available.  Debris has been removed from streets.

Several highways were closed because of downed power lines and trees.  Nearly 14,300 OPPD customers are without power are in Sarpy County as of 4:30pm.

There were no reports of injuries or fatalities in Sarpy County.  The National Weather and the Sarpy County Emergency Management Agency are doing site visits to the area with heavy structural damage including Hyda Hills and Normandy.

One or possibly two tornadoes impacted southwestern Wayne County and the Village of Hoskins.  The tornadoes caused substantial tree damage, power line damage, and damage to some out buildings and grain bins.  An emergency operations center was activated in Hoskins for a few hours Friday evening.  Wayne County Emergency Management will continue to monitor the recovery progress. 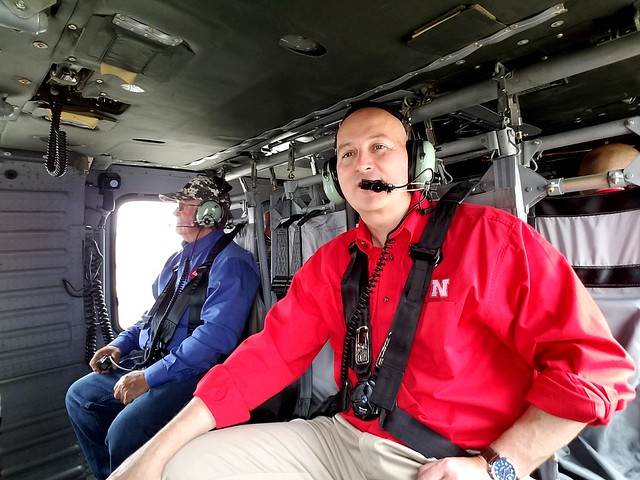