WASHINGTON, D.C. – Today, President Donald J. Trump hosted Governor Pete Ricketts and leaders from across the United States for a roundtable discussion on energy policy at the White House.  The roundtable is a part of Energy Week, which is highlighting the Trump Administration’s work to cut red tape and develop America’s energy potential.

“Many of our states have been denied access to the abundant energy resources on their lands that could bring greater wealth to their people and benefit our whole nation,” said President Trump.  “From my first day in office, we have taken swift action to lift the crushing restrictions on American energy and put our people back to work.  Today's conversation was a chance for these state, local, and tribal leaders to discuss how we can cooperate and support them even more in unleashing these domestic energy reserves.  I am confident that working together, we can usher in a golden age of American energy dominance - and the extraordinary financial and security benefits it will bring to our citizens.”

During the discussion at the White House, Governor Ricketts highlighted Nebraska’s achievements in energy innovation.  These innovations include advancements in biofuels production as well as Nebraska’s first-in-the-nation utility scale hydrogen burning plant.

“It was an honor to join the President, his team, and fellow governors from across the nation for this Energy Week roundtable,” said Governor Ricketts.  “Nebraska is a leading state in energy innovation, and I was able to share our innovation story during today’s discussion.  From our first-in-the-nation utility scale hydrogen plant to enzymes that are helping our corn produce more ethanol, Nebraska’s pioneer spirit is helping achieve greater energy security and independence in the 21st century, so we can continue to grow our state and our nation for years to come.” 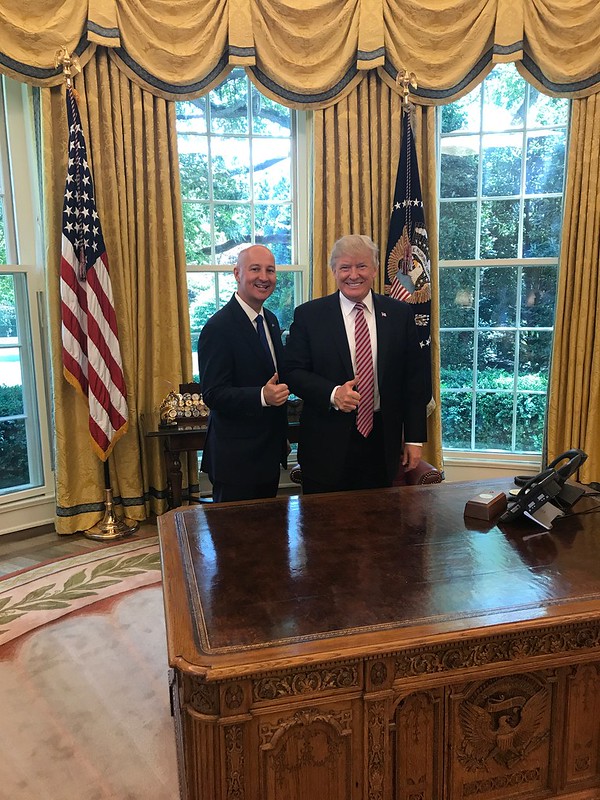