JETRO President Akahoshi after their meeting.

Governor Ricketts and members of the Nebraska trade delegation meet with

Kawasaki leadership to thank them for their continued investment in Nebraska.

at the JETRO trade and promotional event.

Governor Ricketts and the Nebraska trade delegation then met with Japan External Trade Organization (JETRO) President Yasushi Akahoshi and fellow executives. JETRO focuses include the furtherance of mutual understanding with trading partners, import promotion, and liaison between small businesses in Japan and their overseas counterparts.  The Governor then briefly met with executives from Kawasaki to thank them for their continued investments in Nebraska. The trade delegation then hosted a JETRO investment and trade promotional event where businesses from the Tokyo area came to hear information on investment and business opportunities in Nebraska.

The Governor and Nebraska trade delegation will begin the fourth day of the trade mission to Japan with a visit with the Shizuoka Prefecture Vice Governor Akihito Yoshibayashi. More pictures from day three can be found here. 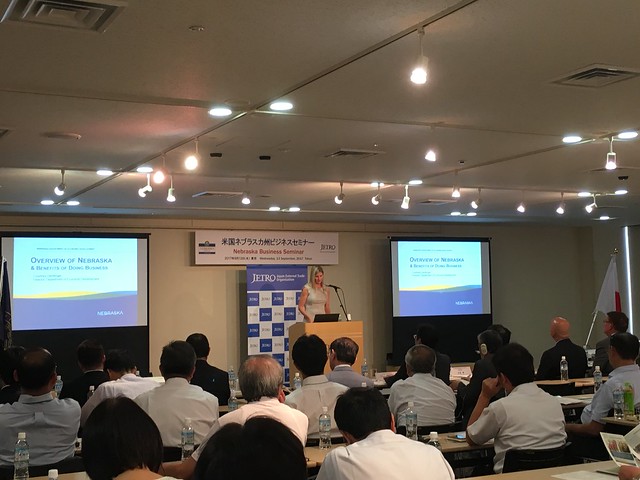