Dentlinger addresses the final session of the 49th Annual Joint

Scott Walker after the conclusion of the MWJA Conference.

luncheon to tout Nebraska beef and the great tourism opportunities Nebraska has to offer.

gifts after their meeting discussing the importance of the beef trade between Nebraska and Japan.

after their meeting discussing trade opportunities between the United States and Japan.

Governor Ricketts and members of the NE trade delegation at

TOKYO – Today, Governor Pete Ricketts began the second day of the Nebraska Trade Mission to Japan with an interview with the Nikkei Asian Review, which is the world’s largest financial newspaper with a daily circulation exceeding three million.

The Governor and Nebraska trade delegation then attended the morning session for the last day of the Midwest U.S.-Japan Association Annual Conference before hosting a promotional lunch with the Nebraska Tourism commission. The purpose of the lunch was to provide those in the Japanese tourism industry an overview of what there is to see and do in Nebraska; provide sample itinerary lists of potential stops; and begin to build relationships within the Japanese tourism trade.

Following the lunch, members of the NE trade delegation met with State Minister of Agriculture, Forestry, and Fisheries Yosuke Isozaki about Nebraska’s beef trade with Japan.  Governor Ricketts then met with board members of the American Chamber of Commerce Japan and with executives of Kewpie Corporation, who owns Henningsen Food which employs 185 people in Nebraska. The Governor followed this meeting up with a meeting with the Japanese State Minister of Foreign Affairs Kazuyuki Nakane while other members of the trade delegation toured the Kashima Grain Storage and Processing facility.

The Nebraska trade delegation wrapped up the day two of the Nebraska Trade Mission to Japan with dinner at Alexander’s Steak House where they were able to promote Nebraska beef to their Japanese guests. Governor Ricketts ended his night with a call back with Nebraska media.

The Governor and Nebraska trade delegation will begin day three of the trade mission with Embassy and agricultural market briefings.

More pictures from day two of the trade mission. 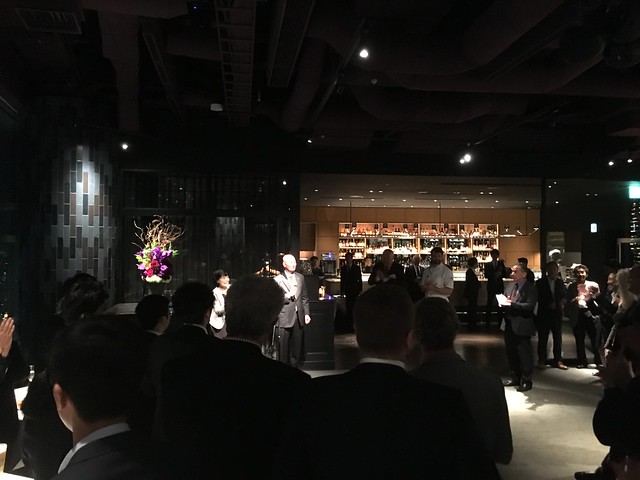