Members of the Nebraska trade delegation and Japanese

to proclaim this week as Japan Week in Nebraska.

TOKYO, JAPAN – Today, Governor Pete Ricketts kicked off his second trade mission to Japan.  Japan is Nebraska’s number one foreign investor, and Governor Ricketts is leading a team of delegates and business officials to Japan to build on this strong trade relationship.

In the morning, Governor Ricketts enjoyed breakfast with the U.S. Ambassador to Japan William Hagerty, along with U.S. Governor’s Eric Holcomb (Indiana), Bruce Rauner (Illinois), and Scott Walker (Wisconsin).  After breakfast, the Nebraska trade delegation attended the Midwest U.S. – Japan Association (MWJA) Conference where Governor Ricketts spoke about why Nebraska is a great place to do business.

Later in the afternoon, the delegation met with Nippon Telegraph and Telephone (NTT) executives.  NTT owns Omaha technology security company Solutionary, which has since been renamed NTT Security and employs around 1,400 people worldwide, including 250 at its Omaha headquarters.

The trade delegation concluded the night with a Nebraska Night Reception focused on building trade relationships and touting the 50th Annual MWJA Conference which is being held in Omaha next year. 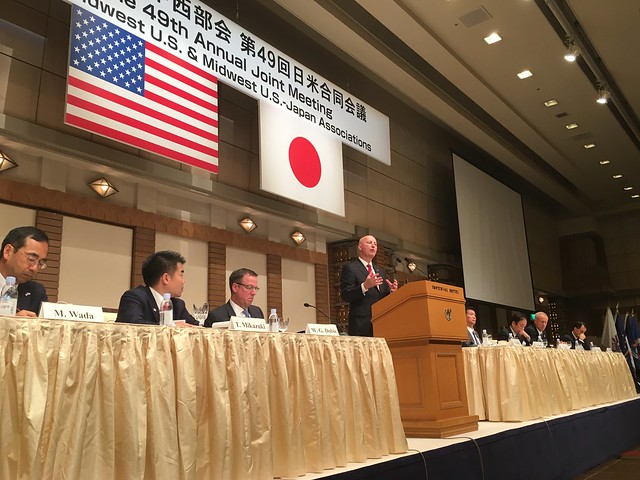