SEOUL, SOUTH KOREA – Today, Governor Pete Ricketts welcomed back a trade delegation made up of trade representatives from the Nebraska Department of Economic Development, Nebraska Innovation Campus (NIC), Lincoln Partnership for Economic Development, and Gage Area Growth Enterprise (NGage).  The delegation met with companies and industry associations in Seoul, South Korea, on Tuesday and Wednesday, January 9-10, to promote Nebraska as a destination for foreign direct investment.

“South Korea has been a strong international partner of Nebraska’s for years,” said Governor Ricketts.  “Shared values of hard work and loyalty have cultivated a strong and prosperous relationship.  As our fifth-largest export market, South Korea provides numerous opportunities for Nebraskans every year, and we are working to grow trade opportunities and partnerships.”

On Tuesday evening, the group met with approximately 40 representatives from the South Korean business community at a reception hosted by the U.S. Embassy in Seoul.  During the reception, Governor Ricketts welcomed Korean guests via a recorded address and invited them to visit Nebraska and explore opportunities for business and investment.  Members of the trade delegation also had the opportunity to pitch Nebraska communities as potential locations for investment from Korean companies.

“In an increasingly global world, it is important to promote Nebraska’s strengths overseas,” said Dave Rippe, Director of the Department of Economic Development.  “Foreign-owned companies create 59,293 jobs in the state, and they are important contributors to Nebraska’s economy.”

“Gage County has seen significant foreign direct investment with the location of World Lawn Manufacturing and the Itochu Corporation partnering on the Duonix Biodiesel plant,” said Walker Zulkoski, executive director of NGage.  “South Korean companies have demonstrated their willingness to invest in Nebraska and, by meeting with more prospects, we hope to help more companies succeed by locating in Nebraska.”

“NIC has been actively recruiting foreign companies since it opened in fall of 2014,” said Daniel Duncan, executive director of the NIC.  “To date we have three companies from South Korea located on NIC.  We have found them to be excellent partners and very willing to help us recruit other companies from their country.  On this trip, we built on past success and will continue to bring international capital to Nebraska.”

“This has been an exciting opportunity to put Lincoln's brand on display for an international audience,” said Wendy Birdsall, president of the Lincoln Partnership for Economic Development.  “Lincoln has a long history of successful foreign direct investment.  We look forward to building new relationships and exploring opportunities in South Korea.” 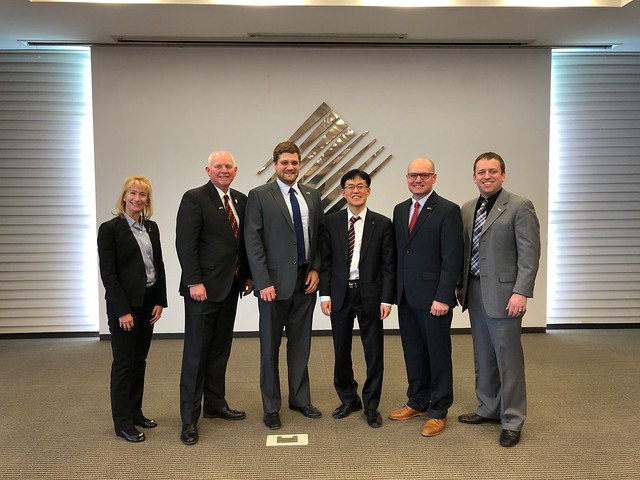