Gov. Ricketts visited Facebook headquarters in Menlo Park to make the case for

their investment in Nebraska.  The Governor has led missions to New York City, Japan,

China, Silicon Valley, and the European Union to help recruit business to Nebraska.

PAPILLION – Today, Governor Pete Ricketts announced that Facebook selected Papillion as the site of its newest data center.  The Nebraska facility will be Facebook’s ninth data center overall and sixth in the United States, providing the infrastructure needed to help support the 1.86 billion people on Facebook monthly.  Company officials expect the 970,000 square foot Papillion campus to be online as early as 2020.  This announcement follows a visit by Governor Ricketts to Menlo Park, California in Silicon Valley in late 2016 to make the case for the investment.

Full details on today’s announcement from Facebook can be found by clicking here.

For updates on the data center’s progress visit www.Facebook.com/PapillionDataCenter. 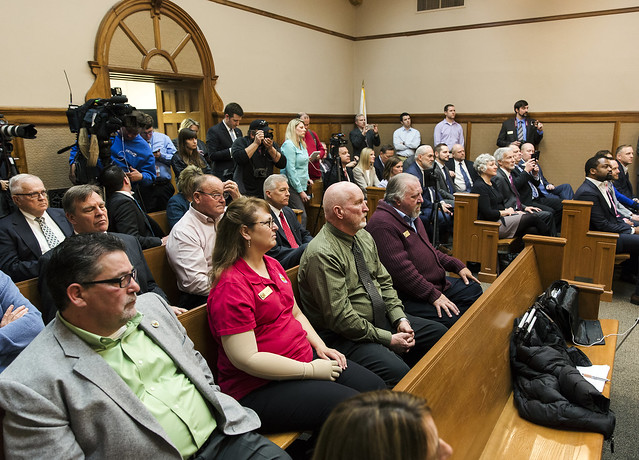