GUANTANAMO BAY, CUBA – On Thursday, Governor Pete Ricketts traveled to Guantanamo Bay Naval Station, where he visited the National Guard troops who are stationed on the island.

“During the holiday season, Susanne and I encourage Nebraskans to take a moment to pray for and remember the men and women who are serving our state and our country abroad,” said Governor Ricketts.  “These brave Soldiers and Airmen make great sacrifices in order to keep Nebraska and America safe.  While we are enjoying the company of our friends and families, they are protecting our freedoms.  We thank them for their service.”

The Nebraska National Guard has had more than 50 soldiers stationed at Guantanamo Bay since April.  They are serving a nearly year-long deployment as they support detainee operations.

During his visit, Governor Ricketts delivered various gifts from the University of Nebraska-Lincoln, including a volleyball signed by Volleyball Head Coach John Cook and a football signed by Football Head Coach Scott Frost, to the deployed troopers.  He also observed operations and visited with the Soldiers of the National Guard.  Governor Ricketts was accompanied by Major General Daryl Bohac and Command Sergeant Major Marty Baker of the Nebraska National Guard.

“I am humbled by the important work they are doing on behalf of our state and nation,” said Major General Bohac.  “I always think about them while they are away from home and their families, but I am confident they will return better Soldiers and better citizens.” 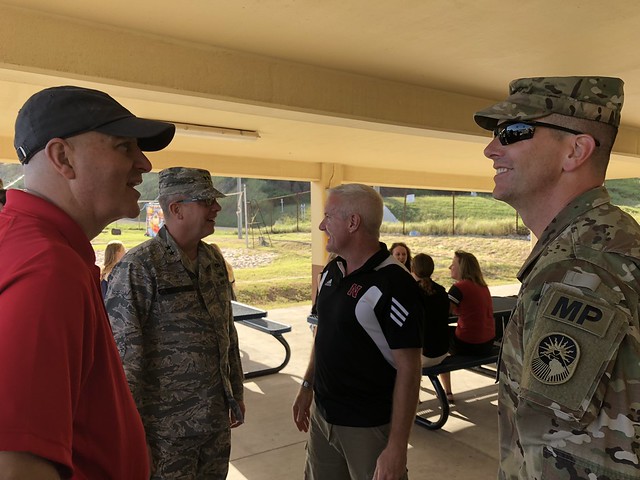