Gov. Ricketts Vetoes $56.5 Million in Spending to Protect the Budget

LINCOLN – Today, Governor Pete Ricketts announced he had vetoed a total of $56.5 million in spending from the state budget.  On Monday, the Governor returned LB 327e and LB 331e with his signature, but with line-item reductions.  Governor Ricketts pointed to the state’s continued decline in revenues in recent months and cautioned against taking the minimum cash reserve lower than 3 percent to allow more spending.

“The state’s revenue picture continues to worsen, and we must take responsible steps to tighten our belts,” said Governor Ricketts.  “The budget I received from the Legislature increases the gas tax and relies on budget gimmicks.  To prevent a tax increase and protect the budget, I have vetoed a total of $56.5 million.  These are thoughtful and measured reductions, and I urge the Legislature to sustain these vetoes.”

Key facts about the Governor’s vetoes:

On Friday, the Governor had returned LB330e to the Legislature with his signature and with a line-item reduction to delay Capitol renovation funding that is not immediately needed.  A copy of the Governor’s full veto messages from today and Friday can be found by clicking here. 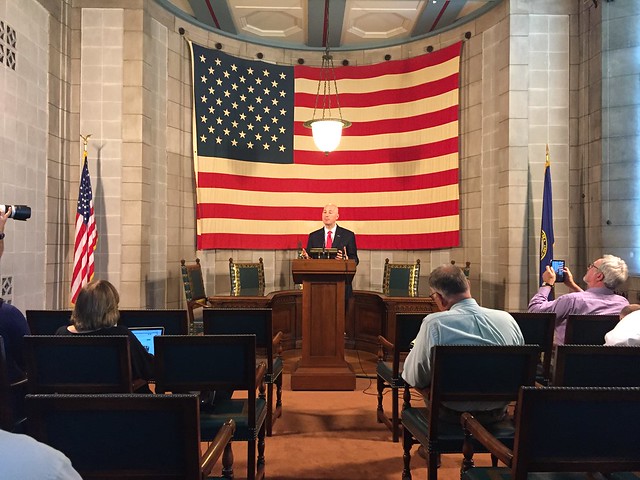