An aerial view of the flooding due to heavy rain on Highway 275 outside of West Point.

LINCOLN – Today, Governor Pete Ricketts surveyed flood damage in portions of northeast Nebraska caused by heavy rain in the area.  The Governor joined members of the Nebraska National Guard to get an aerial view of flooding impact to counties in northeast Nebraska.  The affected counties include Burt, Butler, Colfax, Cuming, Dixon, Dodge, Platte, Saunders, Thurston, Washington, and Wayne counties as well as counties located along the Missouri River in southeast Nebraska.

Starting in June, Nebraska has been impacted by a sustained period of severe weather and many other counties and homeowners across the state have experienced damage due to flooding and high winds.  The Nebraska Emergency Management Agency (NEMA) has been working with local, state, and federal officials to provide assistance to the counties in need while gauging the total damage and impact from the flooding.

To keep up to date on road closings, visit the Nebraska Department of Transportation’s traveler information website at http://www.511.nebraska.gov/ or follow them on Twitter @Nebraska511.  Anyone that becomes involved in an emergency situation due to the flooding, please call 9-1-1 immediately for assistance. 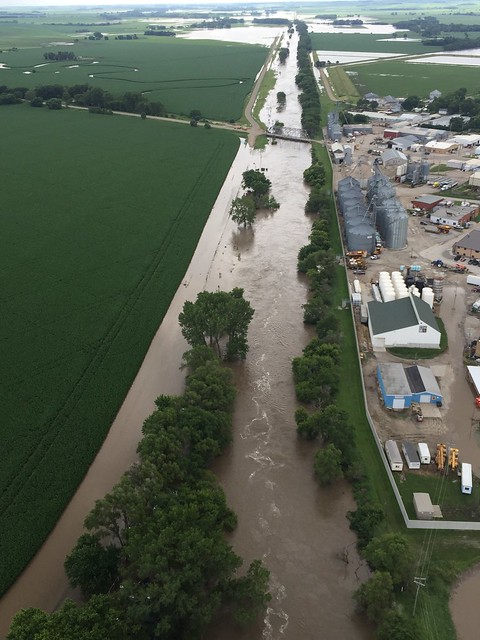