“Thank you to Speaker Scheer for successfully shepherding this important bill expanding religious freedom for our teachers,” said Governor Ricketts.  “Nebraskans deeply value religious freedom, and this is reflected in our state constitution, which upholds the ‘natural and indefeasible right [of Nebraskans] to worship Almighty God according to the dictates of their own consciences.’  Our laws must protect the ability of all Nebraskans to appropriately express their beliefs.”

“The passage of LB62 is a significant win for teachers, students, religious rights, and all Nebraskans,” said Speaker Scheer.  “It signals the end of a nearly century old discriminatory law that infringes on teachers' constitutional rights.  With this old law repealed, teachers can no longer be discriminated against and forced to leave their sincerely held religious beliefs at the door in order to go to work.”

With the passage of LB62, public schools will still have the ability to develop their own dress codes. 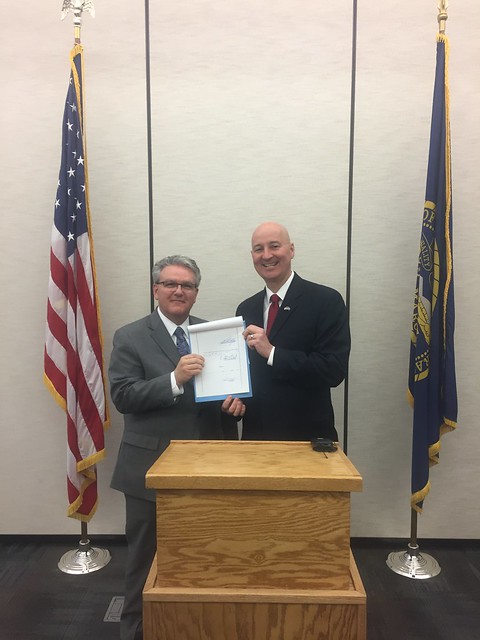