“Thank you to Senators Lindstrom, Williams, Craighead, and Speaker Scheer for their work in cutting red tape and streamlining regulations for Nebraska’s banks and credit unions,” said Governor Ricketts.  “This comprehensive update modernizes our banking laws and will help ensure that Nebraska is a great place to do business and continues to protect consumers.  The licensing reforms in this package get rid of unnecessary requirements, and break down barriers for Nebraskans seeking new opportunities and good-paying jobs in our financial services sector.”

"Requiring licensure of active executive officers of state banks is an unnecessary layer of regulation that is not required for officers of national banks or for officers in any other state,” said Banking Committee Chairman Brett Lindstrom of Omaha.  “With the amendment to LB140 this licensure is now optional for banks.  Instead, oversight of executive officers who act improperly is enhanced, including a bar from continued bank duties and imposition of civil penalties.  This bill was a joint effort among the banking industry and the Department of Banking and Finance to ensure that doing business with our state banks is as easy and efficient as possible."

The Governor continues to work with other senators on additional occupational licensing reforms, including repealing duplicative requirements and bringing Nebraska licensing requirements more into line with national standards. 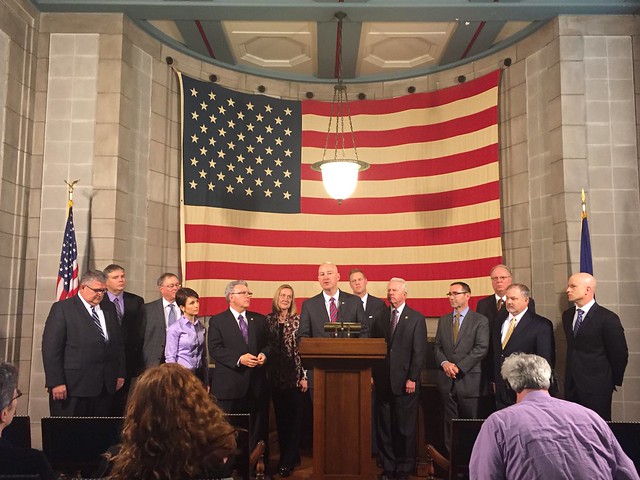