LINCOLN – Today, Governor Pete Ricketts hosted a ceremonial signing event for LB 596, which exempts equine, cat, and dog massage practices from licensure and regulation, into law.  LB 596 was introduced by State Senator Mike Groene of North Platte.  The Legislature voted 46-0-3 to advance the bill to the Governor’s desk.

“Our continued commitment to occupational licensing reform is creating more opportunities for Nebraskans across the state,” said Governor Ricketts.  “This bill builds on the work the Legislature and I have done to break down unnecessary barriers over the past two years.  Thank you to Senator Groene for his leadership in shepherding this proposal through the legislative process.”

LB 596 will remove licensing restrictions for Nebraskans who wish to engage in equine, cat, or dog massage practice, which were previously restricted by the Veterinary Medicine and Surgery Practice Act.

"With Governor Ricketts’ leadership, we are chipping away at the obstacles presented by over-regulation and licensure by the state,” said Senator Mike Groene.  “Together we are helping hardworking Nebraskans follow their dreams of creating small businesses and a living for their families.  I appreciate his support of LB 596." 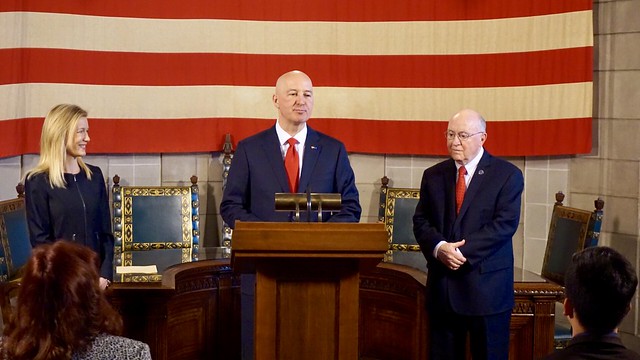