“This week, we kicked off a year-long celebration of the 100th anniversary of the American Legion, which was chartered by Congress in 1919,” said Governor Ricketts.  “As we celebrate the Year of the American Legion, this is an opportunity for us to thank our veterans for their service and to look for new ways to better serve them as a state.”

With a membership of 2.1 million wartime veterans, the American Legion was founded in 1919 on the four pillars of a strong national security, veterans affairs, Americanism, and youth programs.  Legionnaires work for the betterment of their communities through more than 14,000 posts across the nation and around the world.  In Nebraska, there are more than 350 American Legion posts and more the 31,000 Legionnaires.

The American Legion in Nebraska has been the sole sponsor of Cornhusker Boys’ State since its inception, helping 400 high school students to learn about our republic.  The Legion conducts an annual Oratorical Scholarship Contest whereby contestants compete against one another on matters relating to the Constitution of the United States of America and provides nearly $10,000 in annual educational scholarships to high school students and students undergoing Reserve Officer Training Corps.  It also maintains the nation's third-largest American Legion baseball program in the country with roughly 300 teams participating, among many other community-centric programs.

“It’s exciting to have the governor sign this proclamation recognizing the importance of the American Legion in Nebraska Communities,” said Nebraska Department Commander Lyle Bartels.  “We have a lot planned for our centennial and are encouraging all the posts in Nebraska to participate in celebrating 100 years of serving our communities.”

Throughout its first century, the American Legion built a legacy on such accomplishments as leading the way to create U.S. Flag Code, helping start the Veterans Administration, drafting and getting passed the Servicemen’s Readjustment Act of 1944—the GI Bill—which transformed America in the second half of the 20th century, and helping veterans receive benefits for health-care conditions based on their honorable service, including acceptance of Agent Orange exposure as service-connected.  Today, The American Legion has nearly 3,000 accredited service officers worldwide who assist veterans with their benefits claims and other concerns. 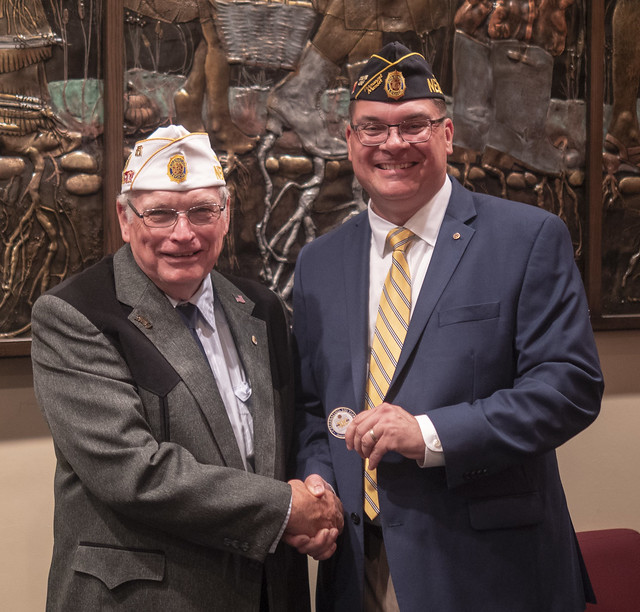