“This week, Nebraska celebrates 151 years of the Good Life,” said Governor Ricketts.  “We’re already home to the best communities in the world thanks to core Nebraska values of hard work, innovation, and loyalty.  Working together, we can continue grow the Good Life for years to come.”

In Nebraska, schoolchildren learn about state history in the 4th grade.  At Holy Name, Governor Ricketts spoke with 4th graders, quizzing them about their state history and encouraging them in their future endeavours.  He also highlighted LB 295, the Opportunity Scholarships Act, which is expected to be debated in the Legislature in the coming weeks.

“Schools, like Holy Name, are helping pass core values onto the next generation and provide a quality education,” said Governor Ricketts.  “In the coming weeks, the Legislature will consider LB295, which can provide children with more educational options.  I look forward to working with lawmakers to continue to expand school choice in Nebraska.” 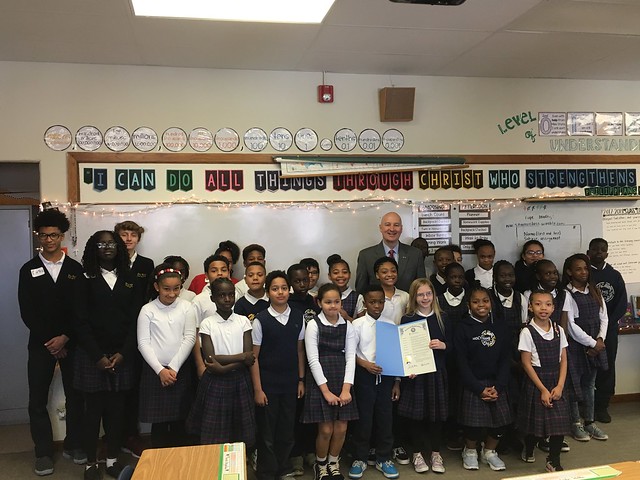