“Rob’s significant background in economics and actuarial science will bring additional fiscal expertise to the Unicameral,” said Governor Ricketts.  “His perspective on the ag economy and rural vitality, as well as his conservative principles, will represent the values of his district well, and I look forward to working with him on ways to grow Nebraska.”

“I am honored to have this opportunity to represent the people in my district,” said Rob Clements of Elmwood. “I know the state is facing difficult budget decisions and I believe my background and experience will be of service during this process.”

Clements, 66, and his wife Peggy have been married for 44 years and are high school sweethearts, both graduating from Elmwood High School.  Clements graduated with honors in 1973 from the University of Nebraska-Lincoln as a Math major, with minors in Economics and Actuarial Science.

After graduation he went to work as an actuary at Businessmen’s Assurance Company in Kansas City.  In 1978, he returned to Elmwood to work at the American Exchange Bank, following in the footsteps of his father and grandfather who also ran the bank.  Clements’ twin brother Rick is the President of American Exchange Bank and his son Andy is a bank officer.

Clements is a member of the Society of Actuaries, President of the Bess Streeter Aldrich Foundation, a member of the Sons of the American Legion, an alumni member of the Cornhusker Marching Band, and a former chairman of the Cass County Republican Party.  He also plays the trumpet. 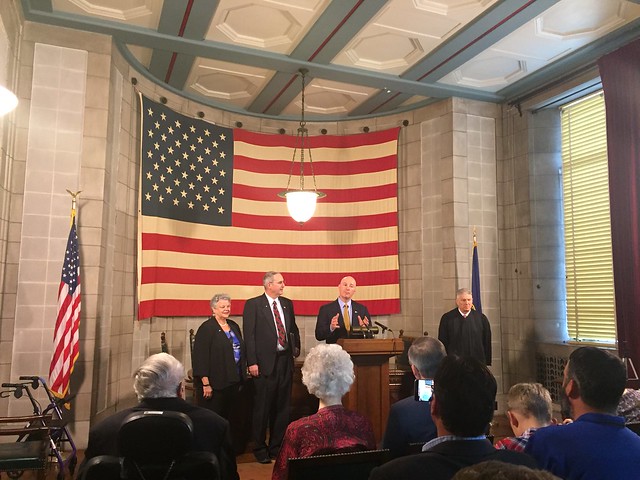