LINCOLN – Today, Governor Pete Ricketts and the Nebraska Department of Roads (NDOR) announced $300 million in new transportation projects that will be constructed and funded by the Build Nebraska Act (BNA) and the Transportation Innovation Act (TIA).  In addition to the eight projects funded for construction by this investment, NDOR will begin design work on an additional 12 projects and plan for two others.

“This announcement follows a historic commitment from the State of Nebraska to build the 21st-century infrastructure we need to grow our state,” said Governor Ricketts.  “Thanks to Senator Fischer’s Build Nebraska Act and the Transportation Innovation Act, which my administration collaborated on with the Legislature, we are working toward fulfilling Governor Orr’s vision for expanding our state’s expressway system.  I appreciate the work of the many legislators, community leaders, and other stakeholders who have supported improvements to our transportation system over many years. ”

Today’s announcement comes after several months of work where NDOR engaged with more than 2,000 stakeholders as the agency updated and expanded its project prioritization process and identified priorities for transportation projects in Nebraska.  The projects announced today have been selected based on a process that more fully considers economic impact and stakeholder input, while continuing to consider engineering performance.  In addition to the updated project prioritization process, NDOR also considered a variety of other factors when selecting projects, including:  geographic inclusion, corridor completion, previous investment on a corridor, and progress on the Expressway System or High Priority Corridors.

“This round of Build Nebraska Act and Transportation Innovation Act projects will help deliver great transportation improvements and expand our expressway system across our state,” NDOR Director Kyle Schneweis said. “We know these projects will have a positive impact on our communities and help to grow our economy.  We also know Nebraskans support these projects because of our first-ever public input process during which we talked extensively with and listened carefully to taxpayers across the state.”

The construction projects announced today represent only a portion of the funds the state has available for capital improvement projects.  As the state grows, NDOR will continue to program additional funds in future years to address new transportation priorities and opportunities.

All eight projects slated for construction are projected to begin by 2024, with the exception of US-275 from Scribner to West Point, which will be the state’s first design-build project.  The design-build process was authorized in the TIA, and it will allow work to begin years earlier.

A full list of projects slated for construction, design, and planning is included here:

More information on the projects announced today is available at http://roads.nebraska.gov/projects/grow-ne/cap-improve/selection. 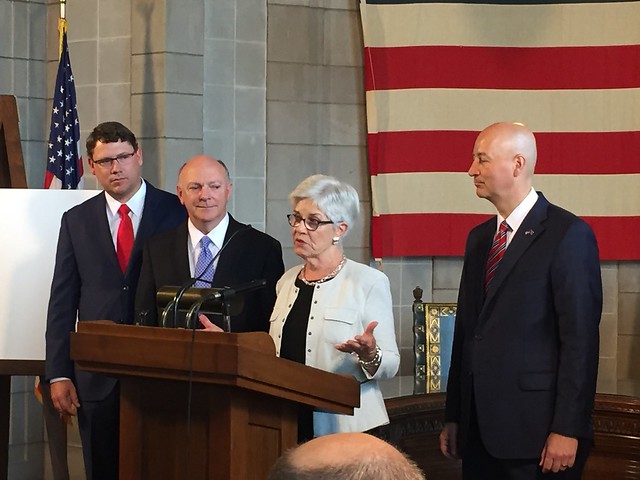