Along with celebrating the National Guard’s birthday, Governor Ricketts and Major General Bohac presented Tech. Sgt. Philip J. Francis, a member of the Nebraska Air National Guard’s 155th Civil Engineering Squadron, with the Airman’s Medal.  The medal was presented to Tech. Sgt. Francis for heroism he exhibited on May 1, 2013, while assisting several motorists injured in a traffic accident near Waterloo, Nebraska.  Along with providing immediate medical care to two injured motorists, Francis was credited with pulling an injured man from a burning vehicle that put Francis at risk of injury.

“Saving neighbors is something inherent in our National Guard men and women,” said Governor Ricketts.  “And we have a shining example of that selfless sacrifice sitting here today.  Technical Sergeant Francis represents the best of Nebraskans and I am humbled to help present to him ‘The Airman’s Medal for Heroism.’”

General Bohac seconded those thoughts. “Instead of passing by, assuming that someone else would help, Technical Sergeant Francis moved to the scene and used his skills, some of which he gained in the Nebraska Air National Guard.  He performed Self Aid and Buddy Care to treat a woman who had been ejected from the vehicle and then helped rescue another woman who was trapped in her vehicle.  He then sprinted back to the accident scene, and without consideration of the danger he was about to put himself in, helped rescue a third person from a vehicle that was now on fire and in danger of explosion.”

“That, ladies and gentlemen, is what it means to be a member of the National Guard,” General Bohac added. “It means being always ready and always there—trained and prepared to help those when they most need it.”

The National Guard, which was founded on Dec. 13, 1636, draws its heritage back to the Massachusetts Bay Colony when the Massachusetts General Court, for the first time in America, established that all able-bodied men between the ages of 16 and 60 were required to join the militia.  Since that day, members of the National Guard have fought in each of America’s wars and continue to serve overseas and participate in combat operations in support of the United States’ continuing international efforts.

Closer to home, the National Guard continues to provide support for such emergencies as floods, hurricanes, tornadoes, earthquakes, and wildfires, while also building partnerships both at home and internationally.  Most recently, members of the Nebraska National Guard conducted multiple out-of-state emergency response missions in support of hurricane relief operations in Texas, Florida, Puerto Rico, and the U.S. Virgin Islands.  They have also conducted a record number of engagements with members of the Czech Republic through the National Guard’s State Partnership Program, which will celebrate its 25th anniversary next July.

Although not quite as old as the larger National Guard, Nebraska National Guardsmen will mark their 163rd birthday this month.  The Nebraska National Guard was founded when Nebraska’s acting Territorial Governor Thomas B. Cuming issued a proclamation on Dec. 23, 1854, recommending that the citizens of the territory organize, in their respective neighborhoods, into volunteer companies.  The territory’s first legally authorized militia consisted of two regiments, one north and one south of the Platte River. 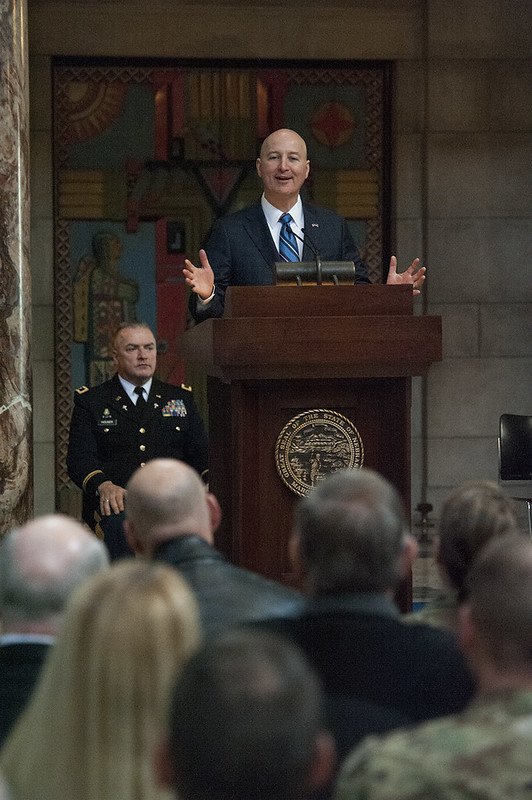