Governor Ricketts, the Nebraska trade delegation, and Mexican officials and business representatives at a lunch hosted by Rassini.

MEXICO CITY – Today, Governor Pete Ricketts and his trade delegation completed a successful, three-day trade mission to Mexico City.  Members of the 25-person trade delegation represented Nebraska agriculture, agribusinesses, higher education, and economic development.  During the trade mission, the delegation thanked Mexico for trade in the past, expressed hope for a new trade deal in the near future, and explored opportunities to expand exports of both agricultural and manufacturing products from the United States and Nebraska.

“Mexico is Nebraska’s second-largest agricultural export market, so it presents tremendous opportunities for producers and businesses in the state,” said Governor Ricketts.  “This trade mission was focused on promoting our brand, identifying new business opportunities, and strengthening relationships with our existing customers.  The mission gave us a big step up in expanding Nebraska’s brand in this important market as well as a great opportunity to say thank you to our neighbor and one of our best customers.”

“This trade mission was designed to promote Nebraska agriculture, and the delegation represented key commodity groups in the state,” said Director Wellman.  “When state leaders and commodity groups come together like this, it shows the world that Nebraska values agriculture, recognizes the importance of trade, and is a great place to do business.”

Upon arriving in Mexico City, the delegation met with several business leaders at a luncheon hosted by Eugenio Madero, CEO of Rassini, a major manufacturing company.  Following the luncheon, the U.S. Embassy hosted a staff briefing and reception giving the Nebraska delegates an opportunity to discuss issues with Embassy staff.

On day two of the trade mission, the delegation toured the Preferred Popcorn-owned facility outside of Mexico City and attended meetings with the Governor of the State of Mexico and other government officials.  The U.S. Grains Council hosted a briefing and luncheon for the delegation that was attended by representatives from all the major associations who are current customers that are purchasing agricultural products from Nebraska.

In the evening, Governor Ricketts and the delegation attended a reception at the U.S. Embassy’s Residence with more than 100 Mexican industry and government representatives in attendance.

Day three included a tour of SENASICA (the National Service for Agroalimentary Public Health, Safety and Quality and counterpart of USDA’s Animal and Plant Health Inspection Service).  The delegation had a breakfast meeting with SENASICA officials and lunch with U.S. Meat Export Federation (USMEF) members and Comecarne Mexican meat industry members and importers.

“Nebraska is an agricultural state, so expanding export opportunities and new international partnerships is key to future growth,” said Governor Ricketts.  “My Council for International Relations released a plan recently which named Mexico as one of several countries that Nebraska is focusing on to increase exports and identify new business opportunities.  This trade mission was a key step in putting that plan into action.”

“Nebraska agricultural products are known around the world for quality and competitive prices, and we want to continue to bolster the success of the state’s biggest industry by expanding opportunities in growing markets like Mexico,” said Director Wellman.  “In 2016, total agricultural exports from Nebraska to Mexico equaled an estimated $956 million out of a total agriculture export value of $6.4 billion.” 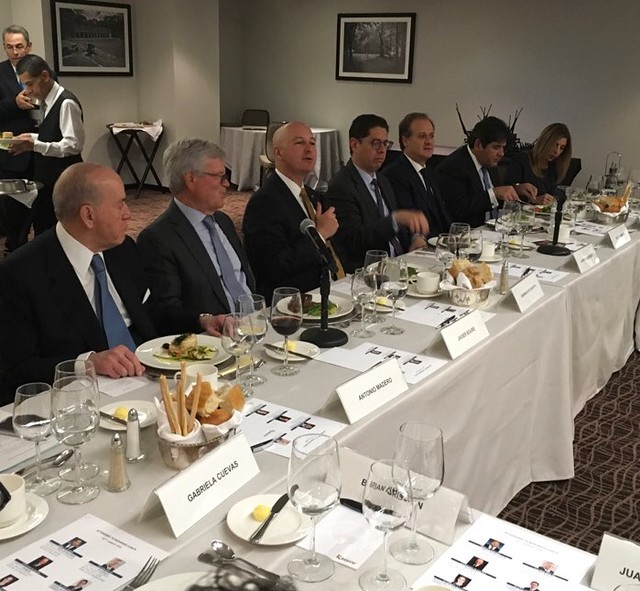