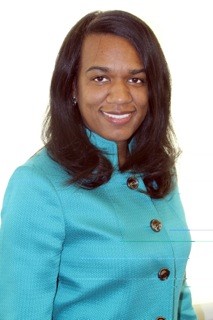 Lincoln – Today, Governor Pete Ricketts announced Courtney Phillips as the new Chief Executive Officer (CEO) of the Nebraska Department of Health and Human Services. Her appointment comes at the conclusion of a national search for a transformational leader for the department, which commenced at the beginning of December.

Phillips currently serves as Deputy Secretary of the Department of Health and Hospitals (DHH) for Louisiana Governor Bobby Jindal. As deputy secretary she fulfills the role of chief operating officer and chair of the department’s Human Services Interagency Council, which provides a statewide planning process for the local governance framework for the delivery of human services.  She also provides direct management and oversight for the department's major program offices, including behavioral health, aging and adult services, citizens with developmental disabilities and public health, as well as the Louisiana Commission for the Deaf.

Prior to her appointment as deputy secretary, Phillips had steadily risen through the department’s ranks since beginning her career at DHH in 2003, ranging from the Medicaid program manager overseeing the Money Follows the Person (MFP) and waiver programs to serving as the agency’s chief of staff. Phillips was a key architect of the legislation and process to create the agency’s Office of Behavioral Health.

Phillips is currently a doctoral student in Public Policy at Southern University and holds a Bachelor of Science in Kinesiology and Master of Public Administration from Louisiana State University.

“It is an honor to serve as the next CEO of the Nebraska Department of Health and Human Services,” said Courtney Phillips. “As I work with Governor Ricketts to craft a strategic plan for the department, our focus will be driven by our mission to help Nebraskans live better lives.”

“Courtney is the leader that will help transform the Nebraska Department of Health and Human Services. We need a culture of continuous improvement. I look forward to working with Courtney to improve how we deliver services through DHHS,” said Governor Pete Ricketts. “Her expertise will help state government to work better for the children who are in the care of the state, for individuals who live in state facilities or through our support in the community, and for all those who rely on public services.”

The six divisions of Nebraska Department of Health and Human Services, which provide critical services to Nebraska’s most vulnerable citizens, have an annual combined budget of $3.5 billion.

Announcements about the division directors for the department will be made in the future.