The training grant is helping the agencies improve professionalism and community relationships.

“National events have highlighted the importance of supporting good relationships between our communities and the courageous men and women who help protect public safety,” said Governor Ricketts.  “Nebraska is blessed to have good relationships between our law enforcement agencies and communities.  The Blue Courage initiative will help our law enforcement training agencies build on this strong foundation.”

In 2015, Nebraska was selected by the Bureau of Justice Assistance to pilot Blue Courage.   Following the pilot, Nebraska received additional resources toward complete state immersion, which will allow the agencies to provide this training to existing law enforcement personnel.

“The members of our agency are grateful to live in a state where citizens respect and appreciate law enforcement, and we are thankful for their allegiance and value the trust they place in us,” said Nebraska State Patrol Colonel Rice.  “The Blue Courage Initiative, is just one more way we can instill in our troopers the importance of character, good judgment, and the value of building trust and showing respect for all people.” 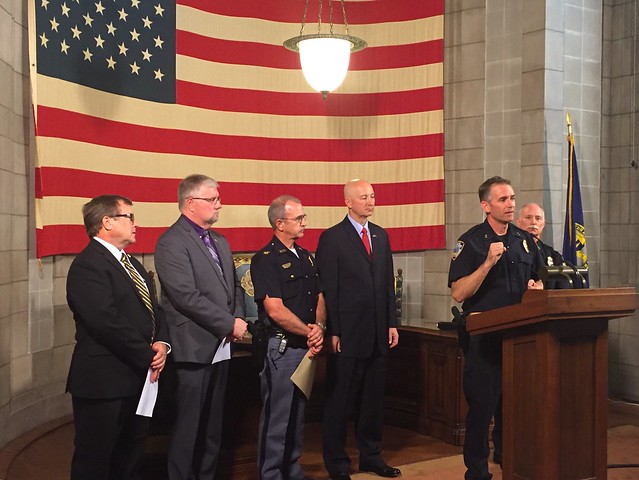