“Crisis response uses natural supports and resources to build upon a youth’s and family’s strengths and assist them in developing a plan to resolve the crisis and ultimately, to live better lives,” said Governor Ricketts.  “We’re working with our system partners to realign existing dollars to develop an effective infrastructure where families and children can easily navigate the behavioral health system and have access to services.”

Crisis response, previously provided in pockets across the state, is now available statewide through a $12-million, four-year grant awarded to DHHS in 2016 from the Substance Abuse and Mental Health Services Administration (SAMHSA).

“We have heard directly from families that Nebraska’s response when they are in crisis has been fragmented. This is a tangible step to change that,” said DHHS Chief Executive Officer Courtney Phillips. “Crisis response teams provide immediate mental health crisis counseling to those in need in the community.  They may partner with law enforcement to assist with risk assessment, provide crisis intervention, crisis stabilization and refer consumers to mental health resources in their communities.  Depending on location, services are offered face-to-face or via telehealth.”

System of Care is a framework for designing mental health services and supports for children and youth who have a serious emotional disturbance.  A System of Care connects and coordinates the work of state child-serving agencies, non-profits, local governments, behavioral health care providers, families, and patient advocates.  SOC draws on the expertise and resources of partnering agencies and helps children, youth, and families function better at home, in school, in the community, and in life.

“Crisis Response brings a much-needed service to Nebraska families,” said Director of the Division of Behavioral Health Sheri Dawson. “It will allow youth and families immediate access to behavioral health interventions in their most critical time of need.  Crisis response provides for early intervention and referral to treatment and supports.  We want families to be served in their communities and not in higher levels of care whenever possible.”

DHHS is partnering closely with the Nebraska Children and Families Foundation, the Nebraska Department of Education, the Administrative Office of Probation, and family organizations.

Families can reach out for crisis services only at the numbers below.  Consumers can also use the Nebraska Family Helpline, 888-866-8660, to connect with these and other services. 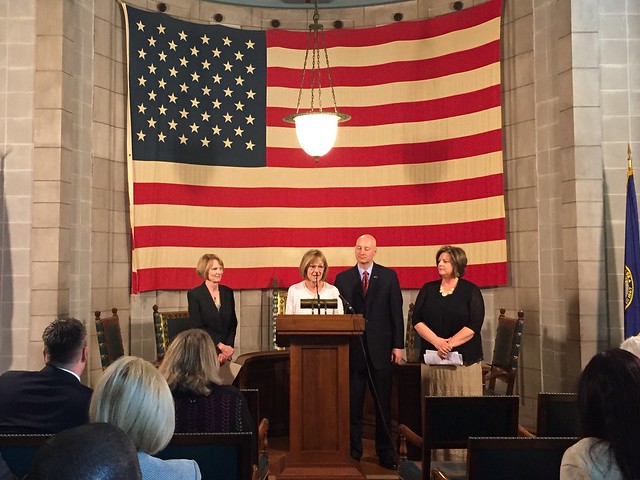