LINCOLN – Today, Governor Pete Ricketts launched his Governor’s Cup thank you tour with a visit to LI-COR Biosciences in Lincoln.  Nebraska won the 2016 Governor’s Cup from Site Selection magazine for having the most economic development projects per capita in the nation.  Throughout the week, Governor Ricketts will be thanking and touring businesses across the state who helped win the award.

“The Governor’s Cup is a prestigious award and we are launching this tour to thank our businesses for investing here and helping grow the Good Life,” said Governor Ricketts.  “In 2016, Nebraska garnered more capital investment projects than North Dakota, South Dakota, and Kansas combined.  We will continue to attract the private sector investments that bring the good-paying opportunities that are keeping Nebraska the best place in the world to live, work, and raise a family.”

The Governor will be visiting some of those businesses throughout the week.  On Tuesday, the Governor visited E Energy Adams in Adams and LI-COR in Lincoln.  On Wednesday, the Governor will visit Unified Pet Products in West Point and Falls City Foods in Falls City.  On Friday, the tour will include Endicott Clay in Jefferson County, Blue Print Engines in Kearney, and American Agriculture Lab Ag Testing in McCook.

In addition to the statewide award, Site Selection also named the City of Omaha number one in its 2016 Top Tier 2 Metro Areas for Corporate Project Attractions and Expansions.  Furthermore, the Sioux City MSA, which includes South Sioux City and the counties of Dixon and Dakota, celebrated a first place win in their population category.

Click here for more information on the Governor’s Cup award.

Details for the Governor’s Cup Thank You Tour are as follows: 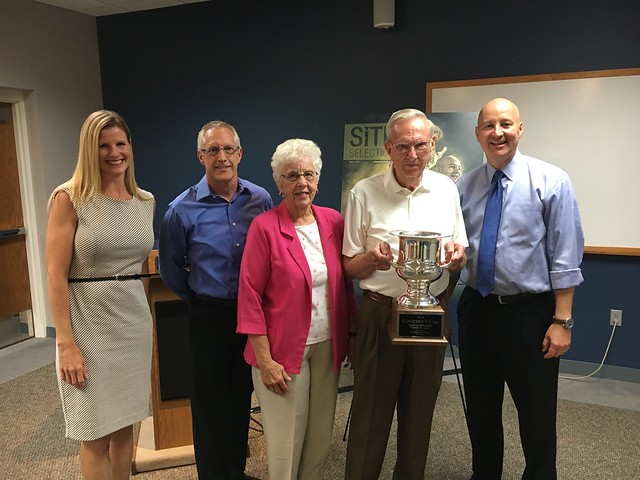