“During Community Development Week, we acknowledge the hardworking people across our state who have devoted their time and energy to projects that positively impact their communities,” said Governor Ricketts.  “These public-private partnerships and tremendous community support work together to help build a great quality of life as we grow our state.”

Community Development Week (CDW) occurs each year across the United States to celebrate the impacts of community-building programs such as the Community Development Block Grant (CDBG) and HOME Investment Partnerships programs.  During CDW, Governor Ricketts and other state leaders take time to recognize the people and projects that have enhanced the quality of life in communities throughout Nebraska.

Following the proclamation by Governor Ricketts, Nebraska Department of Economic Development (DED) Director Dave Rippe presented the city of Red Cloud with this year’s Governor’s Showcase Community Award.  The award recognizes a CDBG non-entitlement community for its outstanding achievements in community and economic development over a five-year period.

Red Cloud’s award-winning projects included the repurposing of historic downtown buildings into the National Willa Cather Center and Archive; the creation of an economic development and heritage tourism office; the construction of the Valley Child Development Center and renovations to the Auld Public Library, among others.  Mayor Gary Ratzlaff, Heritage Tourism Development Director Jarrod McCartney, and other representatives were on hand to accept the award on behalf of the city.

The ceremony continued with awards for community organizations and initiatives from Nebraska’s CDBG entitlement communities of Bellevue, Grand Island, Lincoln and Omaha.

Mayor Rita Sanders presented the Community Development Award on behalf of the City of Bellevue to representatives from the Sarpy County Court Appointed Special Advocates for Children (CASA) program.  CASA specializes in advocacy for more than 200 children in Sarpy County who are entangled in the foster care system.  Trained volunteer advocates ensure that each child’s needs and best interests are met.  CASA’s Bellevue Family Visitation Center provides a safe, comforting environment for children spending time with their parents and siblings during supervised visitation.

Next, City Administrator Marlan Ferguson presented the Community Development Award on behalf of the City of Grand Island to the Literacy Council of Grand Island.  The organization provides flexible, free-of-charge group English literacy courses and one-on-one tutoring opportunities, in addition to coursework on civics, health, financial literacy, and the English language.  Expansion of the program has been rapid in recent years, with over 200 residents benefitting from enhanced English literacy and life skills as a result.

David Landis, director of the City of Lincoln Urban Development Department, then presented the Community Development Award on behalf of the City of Lincoln to Antelope Square—a partnership between a subsidiary of Assurity Life Insurance, NeighborWorks Lincoln and Nebraska Home Sales.  The partnership recently completed construction on 10 attached single-family townhomes.  All 10 homes have since been sold and occupied, with half of new homeowners having a household income at or below 80% of the city’s median family income.  These five homeowners qualified for down payment assistance through First Home, a City of Lincoln housing program that uses HOME funds. An additional 14 townhomes are planned for 2018-19.

Finally, William Lukash, provisional assistant director for the Omaha Planning Department, presented the CDBG Award on behalf of the City of Omaha to the Deer Park Neighborhood Association (DPNA).  In recent years, the DPNA established the Deer Park Community Resource Center; launched a successful youth engagement initiative; converted a vacant lot into the Little Bohemia Neighborhood Commons and has conducted ongoing Latino outreach as part of its Spanish Speaking Neighborhood Outreach effort.  In addition, the Deer Park neighborhood, with collaboration by DPNA, was the focus of Omaha’s Holistic Neighborhood Revitalization Strategy starting in 2010, and approximately $1.4 million has been invested since that time to area revitalization and enhancement.

“The awards presented today represent just a small handful of the dozens of projects and initiatives happening across Nebraska that have greatly benefitted from the assistance of the CDBG and HOME programs,” said DED Director Dave Rippe.  “We are fortunate to have these programs, just as we are thankful for the many people who have been involved in bringing their benefits to fruition.  These efforts are truly making a difference in Nebraska communities.” 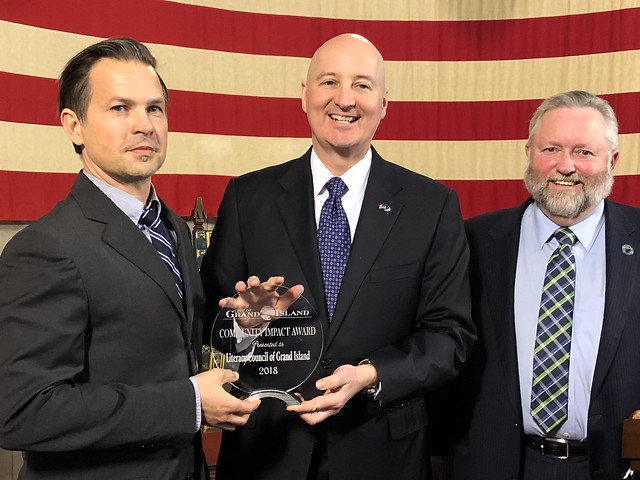