Governor Ricketts and Secretary Perdue met with dozens of Nebraska farmers and ranchers today in Alliance.
Video of the chat available here.

ALLIANCE – Today, Governor Pete Ricketts sat down with U.S. Secretary of Agriculture Sonny Perdue in Alliance to discuss the priorities of Nebraska’s farm and ranch families.  Governor Ricketts and Secretary Perdue focused on how growing Nebraska agriculture benefits both Nebraska and the entire nation.

“We’re grateful to have Secretary Perdue in Nebraska.  Agriculture is what we do here in Nebraska.  It’s the heart and soul of our state,” said Governor Ricketts.  “The Trump administration really has been accessible with regard to the different issues that face us here in the state.”

Secretary Perdue’s visit came as part of his fourth “Back to Our Roots” Tour.  On this tour, Secretary Perdue has met with farmers, ranchers, business owners, students, community leaders, and many others in an effort to understand the needs of America’s agriculture industry.  The other three states included in this tour were:  Colorado, New Mexico, and Wyoming.  Previous tours have stopped in:  Connecticut, Illinois, Indiana, Iowa, Kentucky, Massachusetts, Michigan, Minnesota, New Hampshire, Ohio, and Wisconsin.

“We’re really connected to Nebraska–beautiful state, very diverse.  I came not to talk as much, but to listen,” said Secretary Perdue.  “My role as the Secretary of Agriculture is to be an unapologetic, aggressive advocate for the U.S. agriculture farm community.” 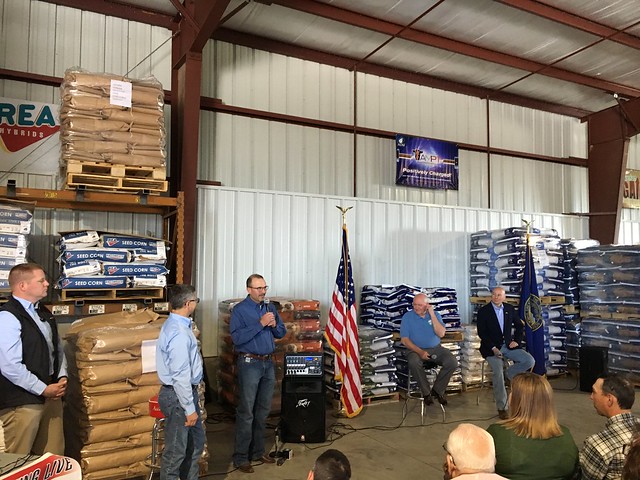