LINCOLN – On Friday, Governor Ricketts hosted 45 recently discharged service members and their families at his residence for the 2018 Veterans Welcome Home picnic.  The event, in its third year, was co-hosted by the Nebraska Department of Veterans’ Affairs (NDVA) along with the Nebraska 150 Commission and Walmart.

“Each year, this event gives us a chance to welcome our servicemen and women back to civilian life in Nebraska and thank them for their service,” said Governor Ricketts.  “Our state is focused on creating new opportunities for our military families and veterans when they return home.  We want Nebraska to be the friendliest state for veterans and military families—it’s the greatest ‘thank you’ we can give them.”

Nearly 20 veterans organizations were also at the event to share information on benefits for veterans and their family members, opportunities for veteran networking and organization membership, veteran employment programs, and other resources.

“These young men and women are Nebraska’s newest veterans,” said NDVA Director John Hilgert.  “Welcoming them back to Nebraska and connecting them with the individuals and organizations working to serve our state’s veterans is a great way to thank them for their service.”

Also in attendance was United States Under Secretary for Memorial Services Randy Reeves.

“I am deeply humbled to be able to join Governor Ricketts in honoring returning Nebraska veterans,” said Under Secretary Reeves.  “Nebraska has a long tradition of honoring and taking care of its veterans.  The programs Governor Ricketts, along with State Director of Veterans’ Affairs John Hilgert, has implemented will serve this state’s veterans and their families for years to come.  At the federal level, we have a responsibility to empower states and assist when needed.  Real veterans service takes place every day where veterans live.  Nebraska is a great example of that and we are proud partners in serving veterans and their families.” 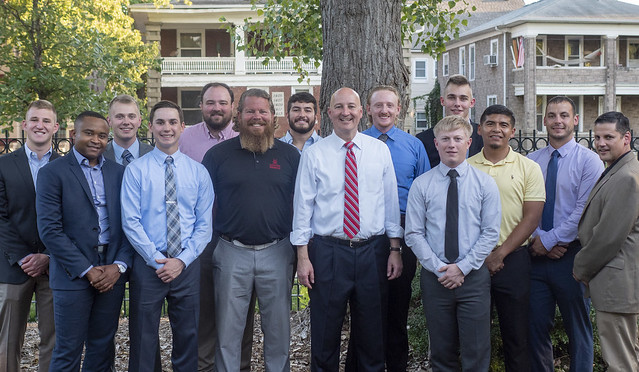