“Nebraska’s wounded veterans and the families of the fallen deserve our greatest measure of thanks and gratitude,” said Governor Ricketts.  “Today, I encourage Nebraskans across the state to join together in pausing to reflect on the sacrifices made by our armed forces, and the price our fellow Nebraskans have paid to protect our freedom.”

August 7th is Purple Heart Day each year in America.  It recognizes those who have been awarded the Purple Heart—soldiers who were wounded or killed in action—and their family members, as well.

“The sacrifices made by the members of our armed forces carry lasting wounds, and many times those are physical wounds,” said Nebraska Department of Veterans’ Affairs (NDVA) Director John Hilgert.  “The men and women we honor today have paid a high price for our freedom.  I want to thank them, their families, and all the veterans in the great State of Nebraska.” 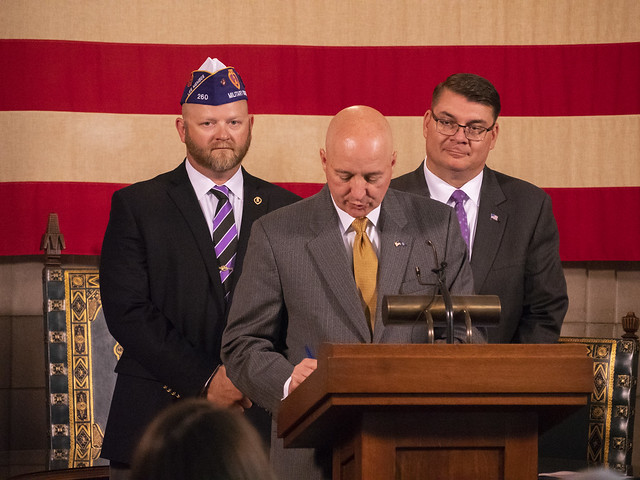