This marks the 13th such award for the Nebraska Air National Guard’s largest unit in its 71-year history.  More than 860 Airmen are assigned to 155th Air Refueling Wing in a variety of different occupational positions, all of whom contributed to the award.

The U.S. Air Force Outstanding Unit is awarded by the Secretary of the Air Force to numbered units that have distinguished themselves by exceptionally meritorious service or outstanding achievement that clearly sets the unit above and apart from similar units.  Criteria include:

“This latest achievement is part of an amazing legacy of sustained excellence by the members of the 155th Air Refueling Wing that extends back nearly 50 years and through multiple flying missions,” said Maj. Gen. Daryl Bohac.  “The excellent work that our Nebraska Airmen have done over the years is exemplified by their continuing accident-free flying record, their commitment to their state and national missions, and their belief in the value of giving back to their fellow citizens.  It is a demonstration of their commitment to excellence and duty before self.”

“This 13th U.S. Air Force Outstanding Unit Award helps validate what we have long known: that the men and women of our 155th Air Refueling Wing are among the best our nation has to offer,” he added.

The statistics accumulated by the 155th ARW during the award period include:

The 155th Air Refueling Wing will be officially presented with its 13th U.S. Air Force Outstanding Unit Award during a ceremony to be conducted at a future date. 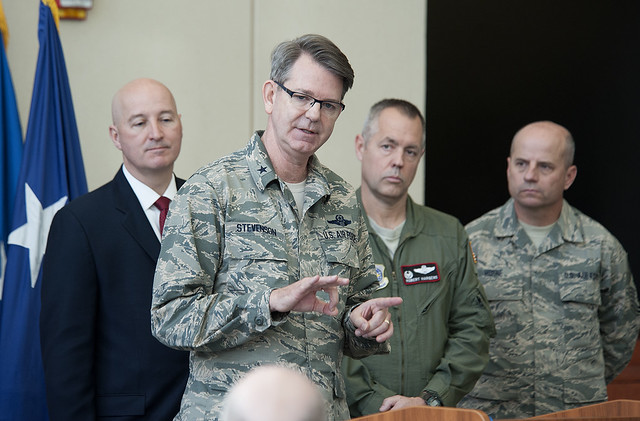