“China’s increasing demand for Nebraska’s 21st-century ag technology is helping our state’s manufacturers grow and expand internationally,” said Governor Ricketts.  “The Yangling demonstration farm is a great example of the opportunities that international partnerships create for Nebraska companies looking to do business globally.  Congratulations and thank you to the team that brought this project to fruition.  It is exciting to see how the project is showcasing Nebraska’s world-class agriculture and manufacturing industries.”

The demonstration farm is assisting Nebraska agricultural manufacturers in entering and expanding Chinese markets by demonstrating Nebraska products and technology which help improve ag production.  Under an agreement signed between the Nebraska Department of Economic Development and Chinese officials during the Governor’s visit in 2016, Chinese partners capitalize and manage the farm, which features the equipment of Nebraska-based farm equipment manufacturers.

Lt. Governor Mike Foley recently visited the demonstration farm in November 2017.  During his visit, he was able to see the fully-operational model farm with Nebraska-designed pivots watering a newly planted winter wheat crop.

“Nebraska is a leader in developing and manufacturing international ag technology,” said Lt. Governor Foley.  “The success of the farm in Yangling is an example of how China and countries around the world are looking to leaders in agriculture, like Nebraska, to improve their ag production and achieve food security.”

In addition to showcasing Nebraska farm equipment, the farm is meant to provide training for Chinese farmers interested in using modern agricultural equipment.  Grain storage facilities will also be built on-site in early 2018.

Shaanxi Province is an important hub for ag production in China, and Yangling hosts China’s largest agriculture fair for one week every November.

“The Yangling Demonstration Farm is a great example of how UNL’s global engagement efforts can benefit the state of Nebraska,” said Josh Davis, UNL Assistant Vice Chancellor for Global Engagement.  “The Institute of Agriculture & Natural Resources has relationships in China that cut across our mission areas of education, research, and extension and, where possible, we want to leverage those relationships to open doors for Nebraska companies.  That’s exactly what has happened in Shaanxi province – the State of Nebraska, Nebraska companies, and the University are working together to maximize our impact in a key market. We believe this is a model to replicate elsewhere.”

“I thank Governor Ricketts, the State of Nebraska and the University of Nebraska for their continued leadership on this project,” said Reinke President Chris Roth.  “Reinke is excited for the opportunity to showcase Nebraska-based irrigation technologies in China.  We understand our obligation to help feed the world’s growing population, and we are committed to helping farmers increase their agriculture production while recognizing labor savings and environmental efficiencies.” 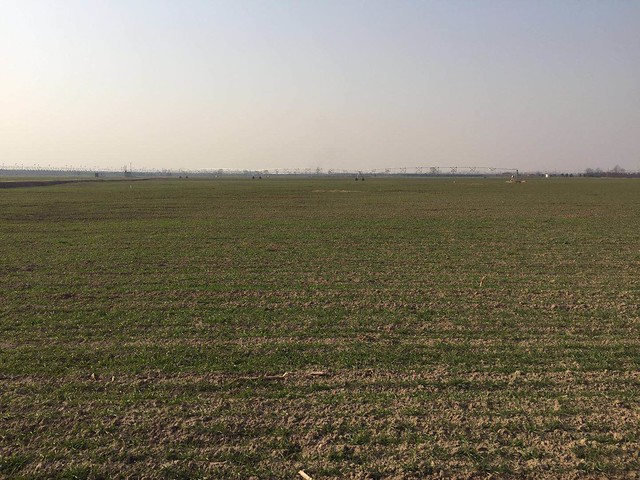