LINCOLN – Today, Governor Pete Ricketts highlighted the significant relief delivered by state agencies under the Emergency Management Assistance Compact (EMAC).  Newly-released statistics from the National Emergency Management Association show that 15,186 personnel nationwide deployed to support hurricane response in 2017.  Nebraska supported the responses in Texas, Florida, and the U.S. Virgin Islands by providing 197 personnel, which was the highest number of deployments from any of the surrounding states.

“Nebraska is the best place in the world because of our amazing people,” said Governor Ricketts.  “Nebraskans are selfless and caring people who step up in times of need to help their neighbors.  The State of Nebraska demonstrated this once again by sending more National Guard troops than any state in the region.”

Nebraska National Guard personnel and resources were requested through the EMAC, the nation’s interstate mutual aid system that legally allows states to share resources during gubernatorial-declared emergencies and disasters.  Nebraska Emergency Management Agency (NEMA) monitors requests from other states and would submit requests to the compact should the need arise.

“The capacity of the nation’s governors to support and sustain response capabilities on a national level was clearly demonstrated during the hurricanes,” said Bryan Tuma, assistant director of NEMA.  “The need for support this past fall and summer was unprecedented, but thanks to EMAC, states were able to share resources and respond to multiple events.  With each EMAC request Nebraska receives, Governor Ricketts must evaluate requests received to determine if we have the capacity to support the requested response efforts.”

“Clearly, the federal government has significant resources to deploy to areas of the country impacted by disasters, however, state resources directed by governors and coordinated through EMAC play a critical role in delivering needed resources to state and local jurisdictions during the hurricane response,” Tuma said.

“On behalf of the people of Nebraska, our National Guard stepped up, as always, to support those in need,” Tuma said.  “They did it through helicopter rescues and medical treatment support in Houston, aviation support in Florida, and through command and control activities in the U.S. Virgin Islands.  We are definitely grateful for the support and sacrifices of the men and women of the Nebraska National Guard.”

According to the National Emergency Management Association, more than 16,200 personnel have been deployed through EMAC since Aug 20, 2017.  This extends beyond hurricanes to wildfires in the west and the active shooter incident in Las Vegas. 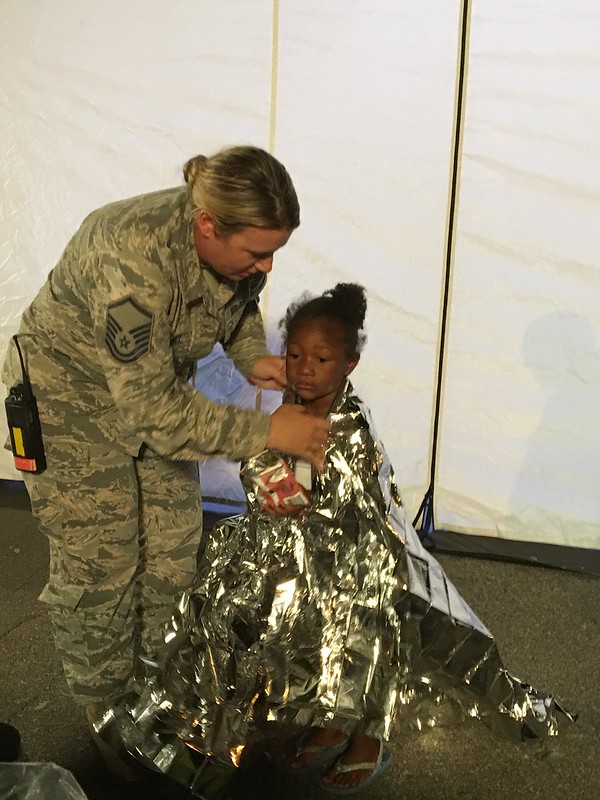