“During this anniversary, Nebraska will be honoring those who served and gave their lives in World War I,” said Governor Ricketts.  “A century has passed since the First World War, but the impact from this war remains today.  We encourage Nebraskans to get involved in one of these initiatives to help our state remember and honor the heroes and families who fought for our freedoms during the war.”

For the next two years, NDVA and other organizations will be leading a variety of initiatives to highlight this anniversary and honor our heroes:

“Today, there are no longer any veterans of the WWI in Nebraska, but we honor their sacrifice and their memory these one hundred years later,” said NDVA Director Hilgert.  “Whether they served on the “home front” or went overseas, Nebraska and its people played an important role in securing ultimate victory and establishing the United States as a world power changing our state and nation forever.”

“Our organization was actually formed on the heels of World War I in Paris, France on March 16, 1919 by members of the American Expeditionary Forces,” said Veteran Don Suchy of the American Legion.  “As a matter of fact, General John J. Pershing was somewhat instrumental in kick starting The American Legion clear back at its origin.” 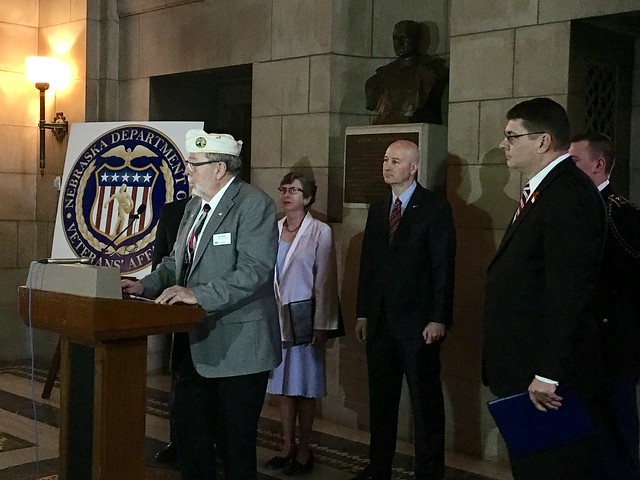