“Fourth grade in Nebraska is such a special time,” said Governor Ricketts.  “It’s when children learn how our state’s rich history - from mammoths roaming the plains in Lincoln County to skyscrapers towering over the Omaha metro.  We want to ensure that during our state’s sesquicentennial, as many fourth graders as possible have the opportunity to get out of the classroom and see what they are learning about in their textbooks.”

“Our heartfelt thanks go out to the Nebraska Arts Council for their willingness to take on this enormous project as well as the Peter Kiewit Foundation, Blue Cross Blue Shield of Nebraska (BCBSNE), and NextEra Energy Resources for their generous sponsorship of the program,” said First Lady Shore.  “The Nebraska Experience will certainly help bring history to life, but we believe it will also illustrate that they live in a truly amazing place.  We want to build on the pride they already have for being Nebraskans and encourage them to stay here and help write the next chapter of our state’s history.”

A partnership with the Nebraska Arts Council’s (NAC), the Nebraska Experience is modeled after the organization’s long-time School Bus for the Arts Grant program.  The Nebraska150 Celebration will underwrite the cost of school buses as well as admission fees to museums and other venues across the state.

All Nebraska-accredited public and private schools are eligible to participate as well as Nebraska-based nonprofit organizations that have federal tax-exempt status (501c3) that serve homeschool students residing in Nebraska.

In addition to the Nebraska State Capitol in Lincoln, schools can also elect to visit one of the following 11 designated sites:

Sites were selected based on their historic or cultural significance or because their collections provide an outstanding interpretive experience.  An effort was also made to select sites throughout the state to make the program accessible to all Nebraska schools.

School superintendents are encouraged to apply for the Nebraska Experience before July 1, 2017, for the upcoming school year.  Applications can be submitted online at www.ne150/experience.

“Nebraska’s cultural heritage is a key part of what makes us Nebraskans, and we want to make sure every fourth grader has the opportunity to experience the Nebraska State Capitol or enjoy the offerings of other sites that may be easier to reach,” said NAC Executive Director Suzanne Wise.

Following are some of the requirements for the program. A more complete list is available online at www.ne150.org/experience.

Throughout 2017, Nebraska celebrates its Sesquicentennial or 150th year of statehood.  The Nebraska150 Celebration is a time to honor the state’s heritage, celebrate its growth and plan for its future.  A group of volunteers have created 13 key programs and events for all Nebraskans with the goal of bridging communities, connecting people and enhancing state pride.  For more information, visit www.ne150.org.

About the Nebraska Arts Council 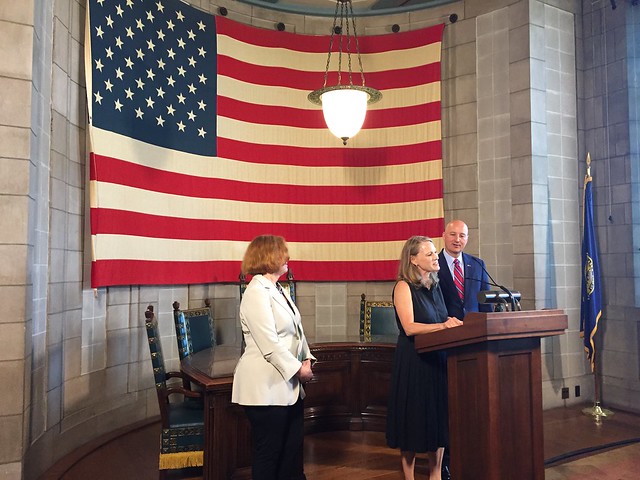