LINCOLN – Today, Governor Pete Ricketts and the Nebraska Department of Education recognized 22 Nebraska high school students for their academic achievement in earning top scores of 36 on the ACT college entrance exam.  The recognition ceremony was held at the Nebraska State Capitol in Lincoln.

“Congratulations to the 22 students who achieved the top score on their ACT,” said Governor Ricketts.  “In achieving the highest mark possible on their college entrance exam, these students displayed true Nebraska characteristics of hard work, discipline, and grit.  They should be very proud of their accomplishment, and I’m excited to see where the future takes these bright Nebraska students.”

Addressing the students directly, Governor Ricketts said, “Wherever your college plans may take you, I hope you will continue to make Nebraska your home as you start your careers and raise a family.”

“Congratulations to the outstanding Nebraska students who achieved the top score on the ACT,” said Education Commissioner Matt Blomstedt.  “Their test scores represent an amazing level of dedication, achievement and academic excellence.  Their parents and teachers are proud of their work, and their commitment to excellence is an inspiration to other students.  We look forward to following their progress in the years to come.” 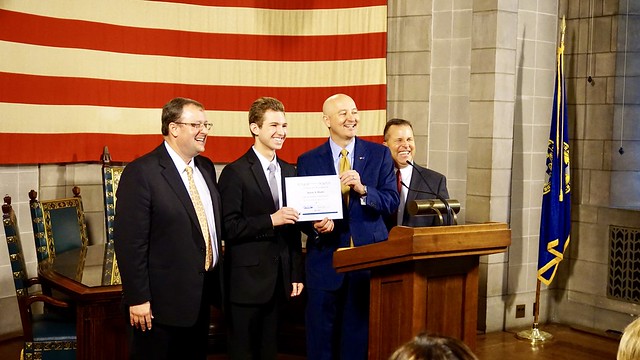