KEARNEY – Today, Governor Pete Ricketts and the Nebraska Crime Commission announced enhancements to the services the State of Nebraska provides to victims of crime.  Starting now, users of the Nebraska Victim Information Notification Everyday program (VINE) can receive information on the custody status of an offender via text message.

“VINE has helped provide many Nebraskans and their families with a sense of security,” said Governor Ricketts.   “The addition of text messaging will help communicate vital information about the status of offenders more effectively and efficiently to the thousands of Nebraskans who rely on this system.  Thank you to numerous organizations who continue to support and invest in this important service for so many Nebraskans.”

This service lets victims call a toll-free number, visit www.VINELink.com, or use the VINEMobile™ app to anonymously check on an offender’s custody status.  Users can also register to receive automated notifications about changes in that status via their choice of format: phone, email, TTY, and now, text message.  This new text message service is available in both English and Spanish to provide more victims with the information they deserve.

In addition to the text messaging service, work is now being done to better track offenders as they move from one facility to another.  This feature, called registrationLINK, will more seamlessly let users follow an offender across Nebraska.  The Crime Commission hopes to bring this additional feature online in November 2016.

Nebraska VINE started in mid-1999 and has seen new registrations rise from 210 at its inception to 12,241 in 2015.  The system now averages over 1,200 new registrations per month, and the service is available to anyone needing information on an offender.

These enhancements have been made possible by a grant from the U.S. Department of Justice.  For more information about VINE, contact Darrell Fisher, Executive Director of the Nebraska Crime Commission, at 402-471-2195. 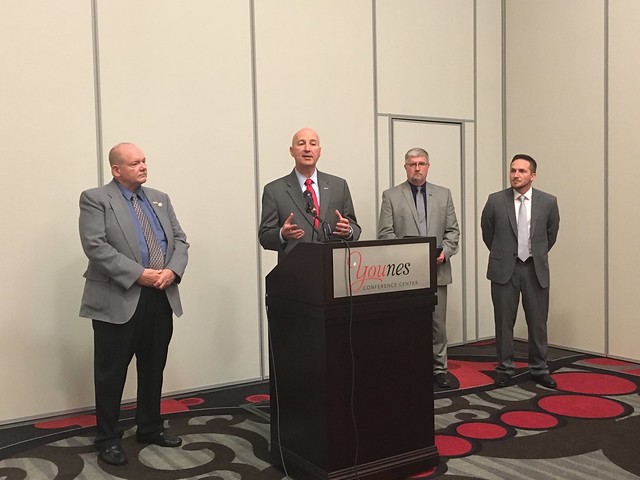