Governor Ricketts poses with the judges and family who raised

one of the prize-winners from the Supreme Champion

GRAND ISLAND – This week, Governor Pete Ricketts has visited the Nebraska State Fair in Grand Island twice.  The 2017 State Fair is an official event of Nebraska’s 150th birthday celebration, one of several events throughout the state honoring the state’s heritage.

“While the State Fair has evolved over the years, its heart and soul still centers on agriculture,” said Governor Ricketts.  “As Governor, I often tell people that one of my favorite parts of my job is traveling the state and getting to know the people and places that have made our state the Good Life for 150 years.  The State Fair is always an incredible event, featuring the best food, fun and festivities that Nebraska has to offer.”

On Sunday, Governor Ricketts hosted his annual Governor’s Breakfast at the Raising Nebraska exhibit on the State Fair grounds.

On Thursday, Governor Ricketts participated in the Supreme Champion Beef Cattle Drive, held in the Five Points Bank Arena, where he helped to judge the best cattle from across Nebraska. 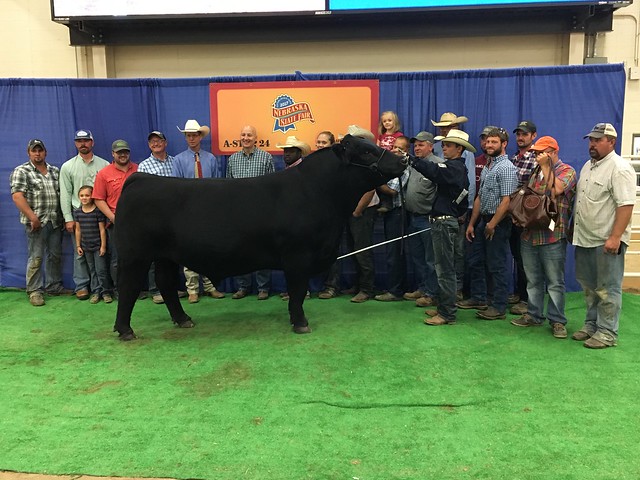