WASHINGTON, D.C. – Today, Governor Pete Ricketts, chairman of the Governors’ Biofuels Coalition, testified at a public hearing held by the Environmental Protection Agency on the Renewable Fuels Standard (RFS).  During the hearing, Governor Ricketts praised the agency’s commitment to the RFS and the biofuels market.

“The importance of creating certainty and the stability that comes with it cannot be overstated.  Releasing these volume proposals in a timely manner allows for planning and stability in the market,” said Ricketts.  “Biofuels are reducing greenhouse gas emissions, providing a cheaper, cleaner octane booster, and driving economic development in our states.”

In Nebraska alone, the ethanol industry provides over $5 billion of investment to the economy.  Across the nation, it has created over 300,000 jobs and added $32 billion to the overall economy.  Governor Ricketts encouraged the EPA to increase its support for ethanol and biofuels, stating that Nebraska has the potential to greatly increase its current biofuel output. 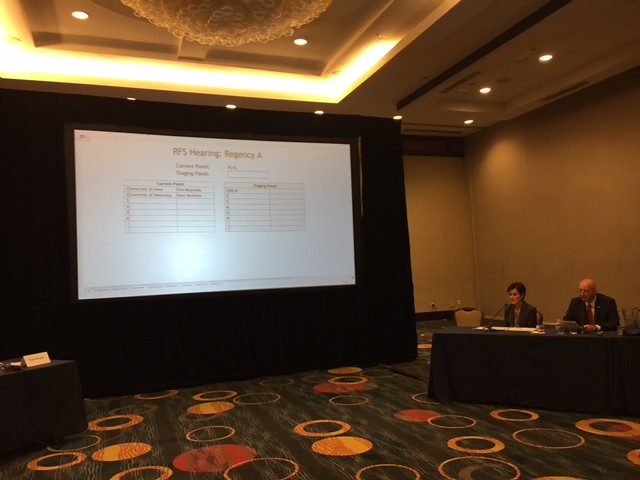