“Without the burden of high unemployment taxes, businesses can focus more of their resources toward creating job opportunities and helping to grow Nebraska’s economy,” said Governor Ricketts.  “Our state continues to have one of the strongest and most highly-ranked unemployment insurance tax systems in the country.”

Under the statutory formula, the reduction in unemployment benefit payments in 2016 and the healthy balance in the Nebraska Unemployment Trust Fund will result in Nebraska employers paying an estimated $17.6 million less in taxes in 2017 than they paid in 2016.

Nebraska continues to enjoy favorable unemployment tax rankings in the Tax Foundation’s State Business Tax Climate Index.  The Tax Foundation ranked Nebraska’s unemployment insurance taxes in the top ten in the nation for 2017 and best in the sub-index measuring how well states ensure not only that unemployment costs are shared by all employers, but also that high-turnover employers pay more.  Nebraska was noted as having low minimum and maximum tax rates and a wage base at or near the federal level.

At the news conference, Governor Ricketts announced that a dramatic decline in continued unemployment claims and benefits paid out led to the decrease in the unemployment insurance tax rate.  He credited Nebraska’s first-in-the-nation reemployment program for supporting this latest decrease.  In the first nine months of 2016, unemployment benefits paid out in Nebraska declined by 19.4 percent year-over-year compared to a decline of 0.2 percent nationally.  During the same time period, continued unemployment claims fell by 23.9 percent in Nebraska versus a national decline of 5.2 percent.

“The declines in claims and benefits paid out have already resulted in $13.4 million in savings so far this calendar year,” said Governor Ricketts.  “Thanks to our first-in-the-nation reemployment system, we’ve been able to help put thousands of Nebraskans back to work and support reductions in continued claims and the supporting tax.”

While total benefits and claims to date this calendar year decreased, the maximum weekly benefit amount increased from $380 to $392 a week.

Last year, the Governor and NDOL announced the transformation of Nebraska’s unemployment system into a reemployment program.  The program is unique among state labor departments in that all jobseekers who receive unemployment benefits are required to enroll in an individualized reemployment plan to remain eligible for benefits unless they are only on temporary layoff from their regular employer.

ABOUT THE UNEMPLOYMENT INSURANCE TAX 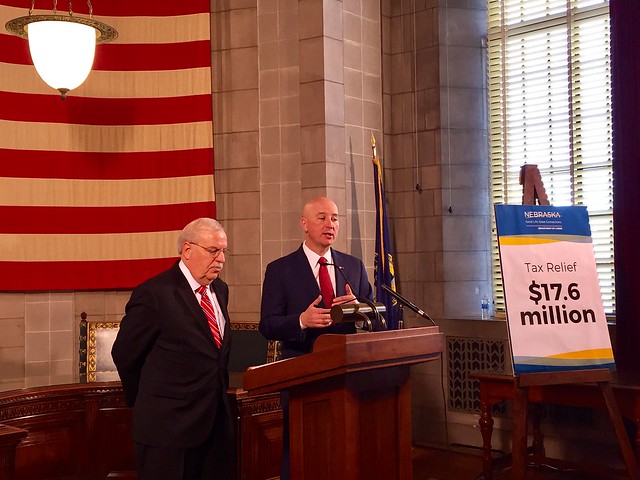