“Taiwan has historically been a very important trade partner with our state,” said Governor Ricketts.  “Signing these letters builds on an existing trade relationship for the coming years.  It also can provide us with the opportunity to build new relationships and foster additional export sales in Taiwan.”

In past years, Taiwan officials have signed several other similar agreements that have resulted in millions of dollars of purchases of Nebraska agricultural products.

“As one of the top corn, soybeans, and wheat producing states in the country, it is vital for Nebraska to continue to increase international demand for our products,” said NDA Director Ibach.  “Being able to export products such as beef, pork, and distiller’s grains is a great example of how we can bring our farmers and ranchers added value to the products they produce.”

Ibach will be leading a Nebraska trade team to Taiwan, August 14-19, 2016 where the letters of intent will be officially signed.  One letter outlines intent to purchase the following approximate amount of Nebraska commodities over the next two years:

A second letter of intent outlines intent to purchase the following approximate amount of Nebraska commodities over the next two years:

This second letter will be signed by representatives of the Taiwan Frozen Meat Packers Association, Importers and Exporters Association of Taipei, Ibach, and Nelson.

While signed by industry officials and a Nebraska government leader, the agreements pledge the purchase of crops through negotiations between importers and private suppliers.

“The signing of these agreements with our Taiwanese partners is of critical importance,” said Nebraska Farm Bureau President Nelson.  “The international market place is vital to growing demand for the commodities produced on our farms and ranches, especially in the current environment of depressed prices for almost all of the products we produce.  These agreements are a step in the right direction to help boost profitability for Nebraska’s farm and ranch families.”

While in Taiwan, the delegation will participate in promotional events and meet with government officials and users of Nebraska exports.  The group plans to discuss opportunities to grow the Taiwanese market and gain greater market access. 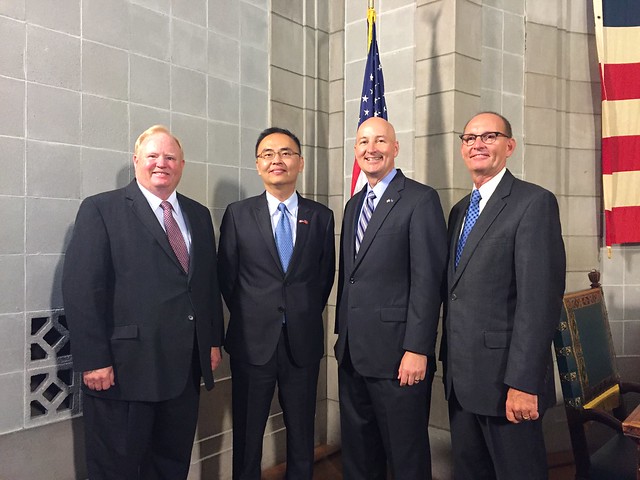