LINCOLN – Today, Governor Pete Ricketts announced that Nebraska Department of Agriculture (NDA) Director Greg Ibach will be in Beijing and Shanghai June 29-30, 2017 to celebrate the arrival of Nebraska beef into China for the first time in 14 years.

“We are working to ensure that Nebraska beef will be well represented in the Chinese marketplace,” said Governor Ricketts.  “Nebraska is home to 4 of the 6 eligible suppliers that are currently approved to ship beef to China.  Nebraska stands to benefit greatly by capturing a share of China’s beef import market which was estimated to be $2.5 billion in 2016.”

While in Beijing, Ibach will participate in a variety of promotional events along with U.S. Secretary of Agriculture Sonny Perdue, U.S. Ambassador to China Terry Branstad, staff from the U.S. Meat Export Federation (USMEF), representatives from approved Nebraska plants and the leadership from the U.S. beef community.

During the trip, Ibach will also be meeting with key Chinese importers of beef along with representatives of businesses and establishments that have expressed interest in learning more about Nebraska beef products and the story of the Nebraska beef at several events organized by USDA and USMEF.

“Nebraska leads the nation in beef exports and commercial red meat production, and China is the second largest importer of beef in the world,” said NDA Director Greg Ibach.  “We feel it is important to make sure importers and consumers hear the Nebraska beef story early and often as we work to capture market share in China.” 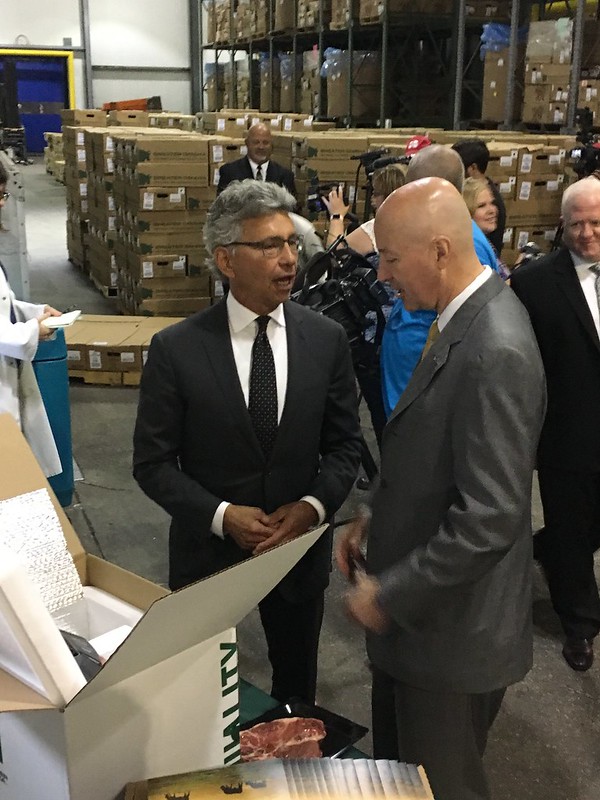