Bring Up Nebraska will support locally-led collaboratives to improve outcomes for Nebraska’s most vulnerable families and children.

LINCOLN – Today, Governor Pete Ricketts and First Lady Susanne Shore, along with several other community leaders from across the state, officially launched Bring Up Nebraska.  Bring Up Nebraska is a statewide effort to give local communities the ability to develop long-term plans using the latest strategies to prevent life’s challenges from becoming a crisis for vulnerable Nebraska families and children.

“Nebraska is the best place in the world because of its hard-working people and strong communities,” said Governor Ricketts.  “Bring Up Nebraska is a great example of people, institutions, and voluntary organizations coming together to help their neighbors and our most vulnerable Nebraskans.  By focusing on prevention, many families can avoid potential crises and overcome challenges.  Local communities are best situated to understand their own strengths, and Bring Up Nebraska leverages those resources to help Nebraska families in need.”

First Lady Susanne Shore went on to say, “We need to look at any child in need as one of our own, and not as the state’s responsibility or Washington’s concern but one of our own kids.  These are Nebraska’s kids.  And we need to be the solution.  I want Nebraska’s local community approach to be a model for other states to follow when it comes to preventing problems from becoming a crisis for vulnerable families and children.”

The children and families behind the numbers demonstrate the need for the new initiative launched today:

With the assistance of prevention partners already involved in the Bring Up Nebraska effort, 11 locally-led collaboratives are addressing the needs of many families:

The collaboratives were created to:

“Bring Up Nebraska is a statewide effort to really shine a light on the need for prevention while bringing more support to communities and letting communities lead their local prevention efforts,” said Jennifer Skala, Senior VP at Nebraska Children and Families Foundation.

From the community perspective, Erin Sams of the York County Health Coalition had this to say: “We come together to impact relationships – how people interact with each other between programs, organizations, and families so that we have a greater impact on the community at large.”

More communities are expected to join the Bring Up Nebraska effort in the months to come.  If you would like to start a collaboration or join the effort taking place in your community, please visit BringUpNebraska.org. 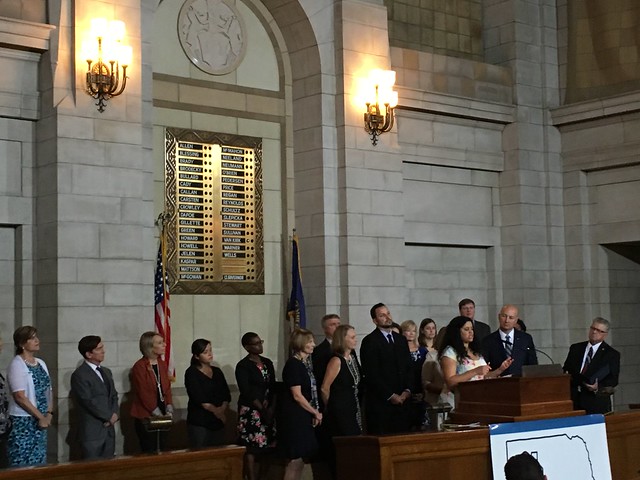